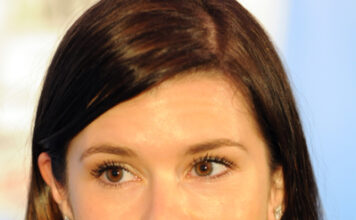 Patrick to compete in 12 Nationwide Series races with JR Motorsports, 11 with Go Daddy

Patrick’s tour will closely resemble her rookie campaign in that she will compete in a cluster of races on the front and back ends of the Nationwide Series schedule. She will appear in select races during the middle parts of the year while competing full time in the IZOD IndyCar Series. Patrick’s 2011 NASCAR plans feature 12 races across 10 NASCAR markets. Four of those markets will host Patrick for the first time in a stock car.

“This is going to be an exciting year in the No. 7 GoDaddy.com Chevrolet,” said Patrick, who scored a career-best fifth-place start and 19th-place finish in the 2010 finale at Homestead-Miami Speedway. “I have a much different perspective heading into this season. I know a little more of what to expect, and I’m not as out of my element. I’ve had a year to work with my team, and there is a comfort level that comes with returning to some of these tracks. It’s obvious experience goes a long way in this sport. Thanks to everyone at Go Daddy and JR Motorsports that have been incredibly supportive throughout this process.”

Race tracks that were not on Patrick’s 2010 schedule but among her 2011 plans are Bristol, Richmond, Kansas and Circuit Gilles Villeneuve, which is located in Montreal, Quebec, Canada. Patrick has raced at Richmond and Kansas in the IZOD IndyCar Series. GoDaddy.com sponsors Patrick in both open-wheel and stock car racing.

“Danica is smart, she’s beautiful and she’s successfully competing in a male-dominated sport,” said Bob Parsons, the company’s CEO and founder. “To jump into a stock car and take on veteran NASCAR drivers is a testament to Danica’s grit – our Go Daddy Girl is an undeniable inspiration for anyone who dreams big!”   GoDaddy.com, the world’s largest Web hosting provider and top domain name registrar, will serve as primary sponsor for 11 of the 12 races with Patrick on the No. 7 Chevrolet. This season marks Patrick’s fifth year as a Go Daddy Girl for the Internet powerhouse. For more information on Patrick and Go Daddy racing, visit www.GoDaddy.com/Danica.