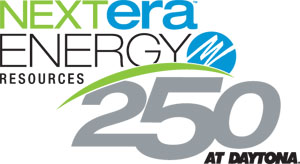 Steadily improving their No. 23 Wildlife Conservation Society (WCS) Dodge Challenger R/T throughout the practice sessions on Wednesday and Thursday, McKinney, Texas native Richardson Jr., knew that despite posting the 38th fastest qualifying effort on Friday afternoon, his R3 Motorsports prepared Dodge had the capabilities of being a contender in the 30th Nationwide Series event held at the “World Center of Racing”.

When the green flag waived on the 2011 NASCAR Nationwide Series (NNS) season-opener, Robertson Jr., brilliantly gained 10 positions in the first lap. With guidance from his spotter, former NASCAR driver David Keith, the Sam Bass-designed Dodge Challenger R/T continued to march through the field and by lap five, Richardson Jr. had cleverly navigated his automobile into the seventh position.

Richardson Jr. would remain tucked in with the lead-pack, flirting between the top-10 and top-15 before the first caution flag waived on lap 15.

Under the yellow flag, crew chief Walter Giles keyed the radio and advised his driver to come to pit road for four tires and fuel. A solid stop by the R3 bunch would send the former Southern Methodist University quarterback back into competition.

Returning to racing, Richardson Jr. would remain comfortably inside the top-25 but the field had strung into several groups including the non-popular two car caboose. Despite remaining tucked in with a group of race cars, the leaders, which all consisted of NASCAR Sprint Cup Series (NSCS) veterans, would overtake Richardson’s bunch on lap 52, taking the No. 23 Wildlife Conservation Society (WCS) Dodge Challenger R/T from the lead circuit.

A few laps later, the caution flag would waive which offered the opportunity for Giles to make a strategy call. While the leaders came to pit road, the R3 Motorsports vehicle remained on the 2.5-mile superspeedway thus finding themselves back on the lead lap through NASCAR’s “waive around” policy.

Hoping for a caution shortly after the restart, Richardson Jr. began his climb back towards the front but Giles had no choice to bring his NASCAR Sprint Cup Series rookie to pit road under green flag conditions on lap 68 for fuel only.

The stop would cost Richardson Jr., his lead lap status again. Vowing though not to give up, the former ARCA Racing Series presented by Menards driver slowly inched up the leader board despite losing another two laps under green because of the leader’s unbelievably fast and torrid pace.

Richardson Jr. would retrieve one of his laps lost when the leaders made green flag pit stops approximately 30 laps from the checkered flag. The yellow flag slowed the field once again on lap 101 with Giles opting to bring his former NASCAR Southeast Touring Division pilot to pit road for the final time for four tires and fuel.

Although the team realized that they may have been out of contention for the win, they were reprieved on the fact they still could obtain a respectable finish.

Shortly after the green flag waived, several cars ahead of No. 23 Wildlife Conservation Society (WCS) Dodge Challenger R/T made contact and spun directly in the path of Richardson Jr. The 26-year old locked the brakes, but was unable to escape the chaos unscathed on lap 105.

The former late-model ace brought his damaged machine to pit road to be examined by his R3 team. Upon further inspection it was determined that the radiator had been busted. With the number of laps remaining in the 200 mile event, the team would be unable to repair their automobile, thus forcing an unplanned exit in the contest and settle for a frustrating 32nd place finish.

“This was tough to swallow,” said Richardson Jr., who made his 70th career Nationwide start at Daytona. “We proved within the very first few laps of the race that we had a car capable of winning the race. We dropped back and were just biding our time and then our day seemed to come unraveled. It’s a shame because we had an awesome Wildlife Conservation Society (WCS) Dodge Challenger R/T. I’m sorry we could not deliver them a better finish, but we’ll make it up to them next weekend at Phoenix.”

He added, “I want to thank the R3 team for giving me a great race car, one of the best I’ve ever had at Daytona. The race was interesting to say the least. You had to be literally hooked up and latched with another car to even have an impact. We found a couple good partners out there, just couldn’t avoid the mess ahead of us. We’ll get this hot rod fixed and unleash her again at Talladega.”

The R3 Motorsports welcomed a special guest on Saturday. With the team’s announcement of WCS earlier in the week, Sebastian Teunissen, Executive Director of Global Corporate Leadership arrived Saturday morning to partake in his first stock car event to support Richardson Jr. and his family-owned team.

On Sunday, February 20th, Richardson Jr. will make his second consecutive start in the Super Bowl of NASCAR, the Daytona 500. In an entry fielded by Front Row Motorsports (FRM), Richardson Jr. will start his No. 37 Texas North Pipe Ford Fusion a career best 28th in his sixth career NASCAR Sprint Cup Series start.

Round two of 34 on the 2011 NASCAR Nationwide Series schedule steers the sanctioning body West to Phoenix (Ariz.) International Raceway for the running of the Bashas’ Supermarkets 200 on Saturday, February 26. The green flag will waive shortly after 5:30 p.m. Eastern with live covered provided by ESPN2, MRN and XM-Sirius Satellite Radio (Channel 128).

For further information and to join WCS’s mission, please logon to their website at WCS.org. http://www.wcs.org/

Additional input on Robert Richardson Jr. is available online by clicking over to RobertRichardson.net.

Founded in 1895, the Wildlife Conservation Society saves wildlife and wild places worldwide. They do so through science, global conservation, education and the management of the world’s largest system of urban wildlife parks, led by the flagship Bronx Zoo. Together these activities change attitudes toward nature and help people imagine wildlife and humans living in harmony. WCS is committed to its platform, because it is essential to the integrity of life on Earth.