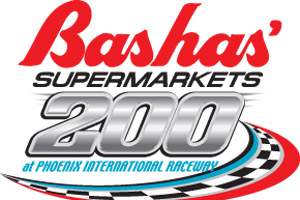 After winning the Daytona 500 last weekend, Trevor Bayne settles back into the Nationwide Series this weekend at Phoenix International Raceway, where he will continue his pursuit of the Nationwide title.

Trevor Bayne will make his fourth Nationwide Series start at Phoenix this weekend. In three previous starts, Bayne has averaged a 20th-place finish. He was caught up in an accident in this race last year and finished 32nd. He finished 14th in the Valley of the Sun in the fall.

Bayne stormed onto the front page of the sports world, becoming the youngest-ever winner of the famed Daytona 500 and in the process pulling off one of the biggest upsets in sporting history. Just one day after his 20th birthday, Bayne took the checkered flag in the “Super Bowl” of motorsports and vaulted himself into the national spotlight and to the forefront of the NASCAR scene. The event was only his second-career Sprint Cup start.

Phoenix is one of the strongest tracks for Roush Fenway’s Nationwide program. In 53 starts, RFR has won eight times, while finishing inside the top five almost half of the time (20) and inside the top 10 an impressive 68 percent of the time (36), while leading 1,317 times. Roush Fenway has won four of the past five NNS events at Phoenix, including last Spring when Carl Edwards led 153 laps in route to the win.

“Phoenix is not really comparable to any track we go to. It actually reminds me of Concord Motor Sports Park, which is a short track here in North Carolina and one of my favorite race tracks.

“(Turns) three and four are obviously different, but (turns) one and two are very similar at the two tracks. At Phoenix you can hit the bottom, run up to the wall and turn down again for the little dog leg. I love that corner at Phoenix. That section is probably one of my favorite sections of any track we go to. So if I can just get (turns) three and four down where it’s really flat and really sweeping, I think we can have a good weekend. “I love turns one and two, I just wish that three and four had a little more banking and a tighter corner, because it makes your car drive totally different at both ends of the track.”

“It’s obviously been a crazy week and we’ve had a lot of fun and it’s been great seeing all the fans from coast to coast, but once we get back to Phoenix it’s time to go racing again. It’s really wild, as the 500 is one of the biggest events, but it’s the first event and we have a lot of racing to do this season. We are still very much after that Nationwide Championship and we are still in the hunt for a good partner to come join us in that run. I’m looking forward to getting back to racing in Phoenix.”

Official Release
Previous articleDaytona 500 Square-Dance: Strategy Comes To The Forefront Of 500
Next articleSpeedwayMedia News and Bits