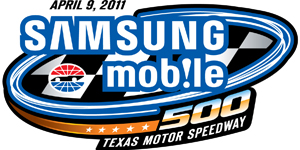 FT. WORTH, Texas (April 8, 2011) — David Ragan covered the 1.5-mile oval of Texas Motor Speedway in 28.45 seconds (189.820) to earn his first-career Sprint Cup pole and lead a strong Roush Fenway effort with three cars qualifying inside the top four and four in the top nine. Carl Edwards gave tomorrow’s race an all Roush Fenway front row, qualifying second and Matt Kenseth will start outside of the second row in fourth. Greg Biffle rounded out the impressive outing, qualifying ninth.

“Momentum is a very powerful thing and we have some momentum on our side,” said Ragan. “Our UPS Freight car not only looks good but it’s fast this weekend. Drew (Blickensderfer) made a great call to change the setup around a little before this last practice run and it did what it needed to do. Hopefully it can be just as good for 500 miles on Saturday night.”

The pole was also the first Sprint Cup pole for Roush Fenway at Texas Motor Speedway, despite seven victories in 94 starts.

Edwards won the pole for the Nationwide Race earlier in the afternoon, giving Roush Fenway a clean sweep of the poles. Edwards led three Roush Fenway Mustangs inside the top six in qualifying, with point leader Ricky Stenhouse Jr. qualifying third and Trevor Bayne earning a sixth-place staring position. It was Roush Fenway’s fifth NNS pole at TMS and Edwards’ third of the season.

“We hope we are fast enough to win this race,” said Edwards. “We’ve had fast cars and we want to get to victory lane. We had a blast in that race last fall, so hopefully we can get there tonight.”

Tomorrow’s Samsung Mobile 500 is slated for 7:30 p.m. EST and will be televised live on FOX.