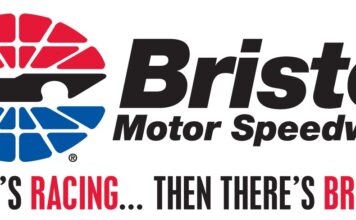 Your first NASCAR win. Can you put your feelings into words? It was a great result and a very important day for me. We were fastest in free practice, I got my first NASCAR pole and then my first win. To achieve my first victory in the USA and my first victory in a stock car, is a very special emotion for me. To carry the Brazilian flag to Victory Lane was part of the dream for me and now I’ve conquered that it is such a motivation for the rest of the year.

It looked like a pretty perfect weekend, fastest in final practice and pole in qualifying. Was it more complicated than it seemed? It was much harder than it looked! We weren’t the quickest car and during the race I got into traffic and dropped to fifth at one point in the middle stages of the race. The car improved and luckily got better throughout the run and kept improving to the end. I got a little lucky as two guys in front of me had an accident but I managed to put myself in the right place and overtook the two other cars and got the win.

As a proud Brazilian, what did it mean to win in a Latin American team? At the end of the day it is the same feeling to win in any team but it’s good to be able to give a Brazilian team a first victory and being a Brazilian driver it’s always going to be remembered by the team.

What has the reaction been from your fellow NASCAR community? It’s been really great, I’ve had a lot of congratulations. It’s good for people to see that I’m learning and improving and dedicating myself to competing in NASCAR.

Can you explain how this win sets you up for the rest of the NASCAR season? It’s definitely good to have this right at the start of the year and it’s good practice for me. Seat time, especially on short tracks where you are running close to the other cars, has been something I needed experience in so I’m focused on ironing out any place that I need more experience. I’ll probably race the K&N series again at Richmond for that reason.

Nelson’s next NASCAR race will take place on 31 March in the Camping World Truck Series at Martinsville, but ahead of that he will run a late model race in Kingsport next weekend.