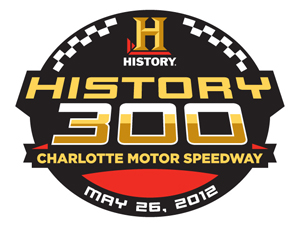 Coulter, a native Miami Springs, Fla., will drive the No. 21 Sherwin Williams Chevrolet at the 1.5-mile race track in Concord, N.C. Sherwin Williams, a family-owned organization based in Cleveland, Ohio, has maintained a relationship with RCR since 2000, serving as an associate sponsor over the years with a presence on a majority of RCR’s NASCAR Sprint Cup, Nationwide and Camping World Truck Series entries.

Founded in 1866 by Henry and Edward Williams, Sherwin Williams has grown to be the largest producer of paints and coatings in the United States. The Ohio supplier is among the world’s largest paint producers in the world with stores in North America, South America, Central America, Caribbean, Asia/Pacific and Europe.

“Joey has done a great job in the NASCAR Camping World Truck Series so he’s earned the opportunity to make his Nationwide Series debut this week,” said Richard Childress. “We also appreciate the folks at Sherwin Williams for expanding their partnership with RCR to back Joey in this important next step in his driving career.”

“I’m really excited to be given the opportunity to run in the Nationwide Series with RCR this weekend at Charlotte Motor Speedway”, said Coulter. “I can’t thank RCR and everyone that has helped me grow as a driver over the past two years enough. It’s an honor to be able to represent Sherwin Williams in the Nationwide Series and for them to be a part of my debut.”

For more information on today’s announcement, and all that is happening at RCR, please visit rcrracing.com.

Sherwin-Williams is the nation’s largest specialty retailer of paint, stains, coatings, wall coverings and sundry items. With more than 3,300 neighborhood stores in North America, the company is dedicated to supporting the do-it-yourself consumer with exceptional products; resources to make confident color selections; and expert, personalized service that’s focused on the do-it-yourselfer’s unique project needs. Sherwin-Williams brand-name products can only be found at Sherwin-Williams stores. You’ll be amazed what happens when you ask. Visit www.sherwin-williams.com.