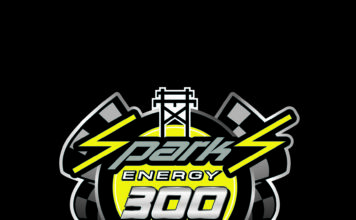 In nine career starts on restrictor-plate tracks in the NASCAR XFINITY Series, Wallace has recorded two top-10 finishes with a best finish of sixth in the 2016 season-opening event at Daytona International Speedway.

In two starts in the NASCAR Camping World Truck Series at Talladega, Wallace earned a best finish of ninth in Oct. 2014.

Wallace improved 13 positions throughout the course of Saturday afternoon’s NASCAR XFINITY Series race at Richmond International Raceway to record his sixth sixth-place finish of the 2017 season. The result also ranks Wallace second among all drivers with six top-10 finishes.

Barbour will call his fourth NASCAR XFINITY Series race at Talladega this weekend.

In 10 starts on restrictor-plate tracks in the NASCAR XFINITY Series, Barbour has earned one victory with Roush Fenway Racing teammate Ryan Reed in the 2015 season-opening event at Daytona.

Visit globeliferacing.com and enter to win the Globe Life VIP Experience Sweepstakes. Registration ends on May 5.

Wallace on racing at Talladega:

“I’m ready to hit the track this weekend in Talladega. It’s a place where anything can happen. We had a really fast car in February at Daytona and I know that Roush Fenway always brings a strong superspeedway car to the track. I’m also pumped to have the Globe Life colors on our Ford Mustang this weekend. Hopefully we can keep it clean all day long and run up front and give the Globe Life folks a great show on Saturday.”