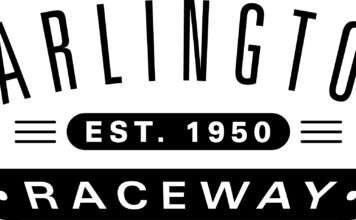 DARLINGTON, SOUTH CAROLINA (June 12, 2017) – The Wood Brothers and Darlington Raceway are both legendary names in the sport of NASCAR. Starting their respective operations in 1950, they have been tied together in the sport’s lore from the very beginning.

Of those 99 victories, eight have come on the historic high banks of the egg-shaped oval that is Darlington Raceway. Those eight wins came with three of NASCAR’s most recognizable stars, Cale Yarborough (from nearby Timmonsville, S.C.), David Pearson (Spartanburg, S.C.) and Neil Bonnett.

Returning to Darlington on Labor Day weekend, Blaney and the Wood Brothers are looking to take the famed No. 21 car back to Gatorade Victory Lane, following in the steps of Yarborough, Pearson and Bonnett.

Blaney will be behind the wheel of a special throwback paint scheme at Darlington honoring former Wood Brothers driver and current NBC Sports analyst Kyle Petty, who drove for the Woods from 1985-88.

“It’s great to see Ryan Blaney get his first career Monster Energy Series win, but I don’t think he’s done winning races this season,” Tharp said. “There’s a very good chance Blaney could pull off a win in the Bojangles’ Southern 500 and add to the Wood Brothers’ already stellar career at our historic track.”

ABOUT DARLINGTON RACEWAY
Darlington Raceway’s award-winning throwback campaign is the The Official Throwback Weekend of NASCAR, featuring the Monster Energy NASCAR Cup Series Bojangles’ Southern 500® on Sunday, Sept. 3, 2017. The NASCAR XFINITY Series Sport Clips Haircuts VFW 200 will race on Saturday, Sept. 2, 2017. Tickets are on sale now by calling 866-459-7223 or visiting DarlingtonRaceway.com. You can keep up with all of the latest news from Darlington Raceway at DarlingtonRaceway.com, on Facebook at Facebook.com/DarlingtonRaceway and on Twitter at Twitter.com/TooToughToTame. Fans are encouraged to post their Bojangles’ Southern 500 stories and memories at #TraditionContinues, #BojanglesSo500 and #SportClips200.

Official Release
Previous article
NASCAR Camping World Truck Series Review: Texas Motor Speedway
Next article
The Final Word – It was the thrill of victory at Pocono for one, but first a lot had to suffer the agony of defeat