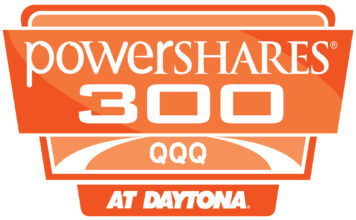 Reed’s No. 16 Lilly Diabetes Ford Mustang was fast from the drop of the green flag. Reed qualified second and led the first lap, but in between that and taking the checkered flag the young driver battled through a day filled with red flags and multiple-car wrecks; two of which sent his Ford spinning through the infield grass.  Reed restarted in the back of the field after getting caught up in his second accident on lap 105. The team worked diligently in the pits to repair damage to the splitter under caution and Reed would waste no time moving his car through the field and back to the front – taking the lead again on lap 117 and holding on for a green-white-checkered overtime win.

Ryan Reed and Lilly Diabetes are encouraging and motivating NASCAR fans to better manage their diabetes by visiting www.DriveDownA1C.com to learn more about resources and treatment options.

Ryan Reed was diagnosed at the age of 17 with Type 1 Diabetes.  Through hard work, perseverance and working with his doctors he’s been able to manage his diabetes and set an example to others.

“Daytona is a special place and having two wins there makes it all the more special to our team.  It’s been a great track to us and the history and excitement surrounding the weekend is a great way to start the season.  I am excited about the new look to our Lilly Diabetes Ford featuring DriveDownA1C.com this season.  The new platform is exciting and it’s cool to see Lilly’s continued commitment to our sport and the fans.”

Lilly has been a global leader in diabetes care since 1923, when we introduced the world’s first commercial insulin. Today we are building upon this heritage by working to meet the diverse needs of people with diabetes and those who care for them. Through research, collaboration and quality manufacturing we strive to make life better for people affected by diabetes. We offer a wide range of therapies and a continued determination to provide real solutions—from medicines and technologies to support programs and more. For the latest updates, visit http://www.lillydiabetes.com/ or follow us on Twitter: @LillyDiabetes and Facebook: LillyDiabetesUS.