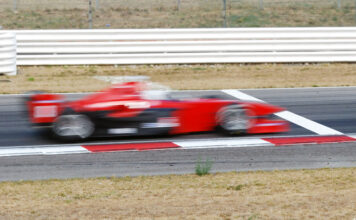 Racing fans look forward to seeing their favorite car drivers and the cars in dynamic competitions at the world’s biggest and best race tracks. Each race track has its own turns, elevations, climbs, winds, shapes, entry points, breaking zones, corners and other elements.

Watching a master race car driver maneuver his car around the track isn’t like playing casino games. The is an element of danger along with thrills and anticipation.  The drivers themselves have their own preferred tracks where they look forward to displaying their skills as they vie for the prize.

Some of the most famous car races in the world include:

The Monaco Grand Prix is a Formula One race which has been held every May since 1929 on the Circuit de Monaco. Formula One drivers must enter cars that are acceptable according to the rules. Since the rules change every year, the race is the most expensive race in the world.

The race is held in the Monaco principality. Drivers must weave through the narrow city streets which include elevation changes, tunnels and tight corners. The Monaco Grand Prix is one of the most challenging courses on tour.

Daytona 500 is NASCAR’s most prestigious event. It opened in 1959 and ever since then it has led the NASCAR Spring Cup Series as their first race of the year. The race takes place in Daytona Beach, Florida and involves a 500 mile trek. Winners can look forward to the highest TV viewership and the highest purse in the car racing world.

The race takes place in late February as one of four ‘NASCAR restrictor plate races, due to competitive and safety concerns for the long track. Daytona 500 may be most famous for its 31-degree banking in its four corners

Rally Finland is a rally competition and is held in Central Finland. It’s known as the “Grand Prix of Rallying” and is the fastest event in the World Rally Championship.  Rallying involves races that take place on private or public roads. The road-legal cars are specially built as modified road cars as opposed to off-road vehicles.

The race isn’t run on a circuit but rather in a point-to-point format. Drivers and their co-drivers drive between set control points. They leave at regular intervals from one or more start points and are won by driving to a predetermined ideal journey time within the stages or by pure speed within the stages. Rally Finland is held in the summer and attracts thousands of spectators.

The Indianapolis 500 is, according to Business Insider, “arguably the fastest racing series in America.” IndyCar is a form of American open wheel racing which takes place annually during Memorial Day weekend. Drivers compete by taking 200 laps counterclockwise around the Indianapolis Motor Speedway. This race draws the world’s greatest drivers who compete for racing immortality in “The Greatest Spectacle in Racing.”.

The event boasts the richest cash prize funds in sports which can be worth over $15 million dollars to the winning driver.

The Indianapolis 500 dates back to 1911. Today it is the largest single-day sporting event in the world while the Indianapolis Motor Speedway is acknowledged to be the world’s largest sporting facility. Attendance at the event can reach up to 250,000.

The Bathurst 1000 is held on the Mount Panorama Circuit in Bathurst, New South Wales in early October. The Australian circuit was inaugurated in 1960. Drivers race on public roads whose sharp curves and elevation prove a challenge. The highly-contested race is regarded as the pinnacle of motorsport in Australia.

24 Hours of Le Mans is often called the “Grand Prix of Endurance and Efficiency. ” The race was first held in 1923 and is run on the Circuit de le Sarthe — a mix of closed public roads and specialized racing roads. . As is indicated in its name, this is a 24-hour race. It begins in the mid-afternoon and finishes the following day, 24 hours later. It is held annually in June.

Drivers race over 3,110 miles, with multiple drivers (up to three) in each car to switch off among team members. Rules and regulations stipulate sleep time and meal time for each driver to keep the drivers safe.

The Rallye Automobile Monte Carlo is organized each year by the Automobile Club of Monaco. This is the club that also organizes the Rally Monte-Carlo Historique and the Formula One Monaco Grand Prix. The rally brings drivers and cars from around the world to Southeast France to race along the French Riviera and the Principality of Monaco. The original Rallye involved competitors who would set off from different locations around Europe and meet, or rally, in Monaco.

The Rallye was established by Prince Albert of Monaco as a ways of demonstrating improvements and innovations to automobiles. The rally features a stage that brings drivers from La Bollene-Vesuble to Sospel over a steep and tight mountain road that’s full of hairpin turns. This stage involves 31 kilometers over the Col de Turni mountain pass which is often slippery with snow and ice.

The Nurburgring has been called a “terrifying and merciless route.” The 15.5 mile circuit is a 24-hour event through the Eifel forests in the hills of Germany involves 200 cars who race through the  “Green Hell” which has claimed dozens of lives.

It is considered by many to be the most lethal race track in the world. Competitors see it as the ultimate test of man and machine though many sanctioning bodies discourage participating, claiming that it is too dangerous to race at.