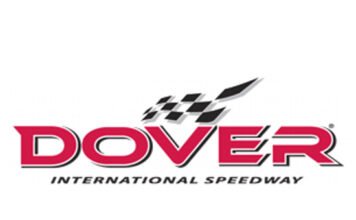 In addition to the sponsorship, JEGS becomes the Official Aftermarket Automotive Parts Retailer of Dover International Speedway – supporting and sponsoring events throughout the year, including the Monster Mile’s NASCAR tripleheader weekends on May 4-6 and Oct. 5-7.

“JEGS is synonymous with racing and motorsports, and we are thrilled to create an authentic link between the millions of JEGS customers and a venue as iconic as Dover International Speedway,” said Jeffrey R. Hennion, chief executive officer of JEGS Automotive Inc. “We look forward to making the JEGS 200 one of the strongest races on the NASCAR Camping World Truck Series schedule and bringing the JEGS.com experience to the legions of fans visiting Dover each year.”

Founded in 1960 by drag racing legend Jeg Coughlin, Sr., JEGS has been family owned for almost 60 years. During this time, it has become one of the largest and fastest-growing e-commerce automotive parts retailers in the United States. Its corporate headquarters in Delaware, Ohio, includes offices and a call center that are connected to an impressive 225,000-square foot warehouse and distribution center. The campus also includes a car museum and a racing shop that supports the Team JEGS racing team.

“We’re proud to welcome JEGS Automotive, Inc. into our family of partners, and thrilled for JEGS to serve as the entitlement sponsor of our May 4 NASCAR Camping World Truck Series race,” said Mike Tatoian, Dover International Speedway’s president and CEO. “Monster Mile fans appreciate quality, high-performance products and JEGS Automotive, Inc. has been giving race fans and teams just that for several decades. We look forward to highlighting JEGS throughout our entire NASCAR season.”

For tickets or more information, call 800‐441‐RACE or visit DoverSpeedway.com. You can also keep up with the Monster Mile at Facebook.com/DoverInternationalSpeedway, or on Twitter and Instagram at @MonsterMile.

About JEGS Automotive Inc., TEAM JEGS and The JEGS Foundation

In 1960, Jeg Coughlin Sr. opened the JEGS High Performance speed shop in Columbus, Ohio. Jeg was a racer, and his business was birthed from the struggle that he had finding quality parts for his own cars. He quickly became the leader in high performance parts in Central Ohio, and what began as simply building and tweaking engines for his buddies soon became a full-fledged retail business.

In 1988, Jeg’s four sons, John, Troy, Mike, and Jeg Jr., purchased the business from their father and, after several expansions, what began as a 4,000-square foot speed shop quickly grew exponentially to be a leader in the e-commerce world of high performance automotive thanks in part to the JEGS complete commitment to taking care of its customers. JEGS.com has more than 1 million SKU’s available for purchase, which are backed up by two state-of-the-art call centers staffed by experts in the performance automotive field.

JEGS Automotive, Inc. is also proud to support a race team (TEAM JEGS) led by the four Coughlin brothers that not only has brought home 8 NHRA World Championships, 16 Divisional Championships and 114 NHRA national event victories, making the team and the Coughlin family one of the most successful families in NHRA history, but also allows JEGS to bring that expertise to the business through its line of JEGS private label products as well as labeling numerous parts as “Track Tested.” TEAM JEGS also supports a NASCAR Camping World Truck Series team driven by Cody Coughlin.

The company is also proud to support the JEGS Foundation. Under the tagline of “Racing for Cancer Research,” the JEGS Foundation has brought financial support and national awareness to cancer research, including a $10 million grant in 2013 to Ohio State’s Foundation for Cancer Treatment & Research at The Ohio State University Comprehensive Cancer Center in Columbus, Ohio.

Official Release
Previous articleFirst Timers! Talladega Superspeedway Has Been the Place for Many Drivers to Claim Their First Triumph in NASCAR’s Premier Series
Next articleThere’s Only So Many Races at Martinsville in a Lifetime