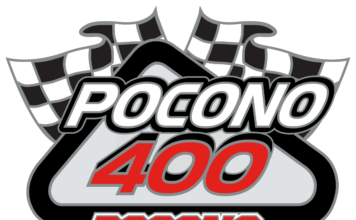 “We had some ups and downs today. We made some good changes, got up in the top 20 and then took some damage with lapped traffic which knocked the nose of our car in and that hurt us. But my team worked hard, we were able to get back on the lead lap, fell back into position and earned a top-20 finish, which is something to build on. I’m really proud of everybody’s hard work.”

“Well, the Tricky Triangle lived up to its name for our No. 36 Surface Sunscreen/Tunity Ford. Thought we had a good shot at another top-20 finish, but things just didn’t go our way today. I spun out just trying to be aggressive on a restart and then we lost 4th gear on a different restart and had to take the car to the garage for repairs, which put us in a 32-lap deficit. I’m proud of the way my guys rallied, though, and I’m looking forward to having another shot next week at Michigan.”

“We had a rough day with our Exploria Resorts Ford Mustang. We fired off pretty good in the first Stage, making some good improvements. Our Mustang was a little faster than it was on Saturday, but I got into the wall to start the second Stage, had a little bit of damage and after a few series of cautions and multiple flat tires, we went multiple laps down and couldn’t rebound. It’s unfortunate because I felt like we could have run in the top 20 today, but having 3 or 4 consecutive restarts where we had damage and had to pit under green, we lost too many laps and by that point you kind of get in a hole and it’s hard to dig your way out. Thank you to Exploria Resorts and Rich Mar Florist for coming along with our team this weekend at Pocono Raceway.”