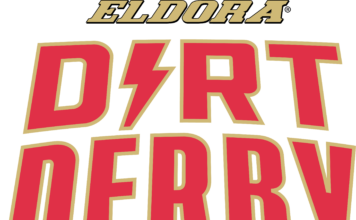 Ross Chastain on Racing at Eldora: “I’m so proud of this team,” said Chastain.  “This week will definitely be a new challenge for me, but I’m excited to have the opportunity to race at a place like Eldora.  Plus, we have this awesome Jack Hewitt throwback scheme; I’m hoping we can make Jack proud!”

Making the Playoffs: Chastain’s third win of the season is the most among series regulars, with two of those wins counting towards playoff eligibility.  Chastain is 18th in driver point standings and must stay in the top-20 for the next two races to remain eligible to compete for the championship.

Chastain at Eldora: Chastain will make his first start at Eldora Speedway on Thursday night.

On the Truck: Niece Motorsports and Ross Chastain will pay tribute to one of dirt racing’s greatest this week at Eldora Speedway.  The No. 45 Chevrolet Silverado will carry the iconic JW Hunt paint scheme made famous by Jack Hewitt.

Hewitt, who was inducted into the National Sprint Car Hall of Fame in 2002, was beloved by fans for his no-nonsense attitude.  Never one to mince words, Hewitt did his talking on the race track, but did not shy away from speaking his mind.

Hewitt’s success was not confined to Eldora, on the strength of 12 victories, he secured the Championship in 1985 in the All Star Circuit of Champions.