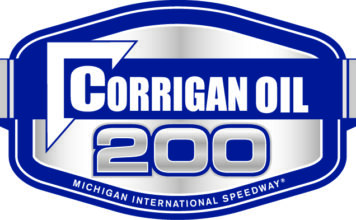 – Creed is set to make his first career start in the NASCAR Gander Outdoors Truck Series at Michigan.

– Although this is his first NASCAR Gander Outdoors Truck Series start at Michigan International Speedway, Creed has three starts in the ARCA Series at the track including a win in 2018 where he led 65 laps.

– The No. 2 team will utilize chassis No. 312 this weekend in Michigan. Creed competed with this truck at several tracks this season including Kentucky where he qualified second, and Dover, where he led a career-high 59 laps.

– Darren Fraley will serve as interim crew chief for Sheldon Creed this weekend in Michigan as crew chief Jeff Stankiewicz serves a three-race suspension due to a penalty at Eldora.

– Creed is currently projected 12th in playoff standings, 120 points below the cutoff line and must win at Michigan in order to secure a spot in the playoffs.

“I’m really looking forward to Michigan this weekend. I won there last year in ARCA and it’s a track I enjoy. After the run we had last week I have a lot of confidence moving into the last stretch of the season. Hopefully we’ll be around at the finish Saturday and might be able to grab a spot in the playoffs with a win.”

– The No. 24 team will utlize chassis No. 306 this weekend in Michigan. Moffitt has competed with this truck several times this season, most recently at Kentucky where he led 35 laps before running out of fuel while leading with three laps remaining in the race.

– Saturday’s race in Michigan is the last race of the regular season. Moffitt is currently projected first in playoff standings with two victories and 11 playoff points.

“Michigan races differently than some of the other intermediate tracks, but our mile-and-a-half program has been strong all year. This team brings fast trucks to the track each and every week and we almost had the win last time we brought this truck out. I have two wins at Michigan so I’m confident we’ll be a contender on Saturday.”