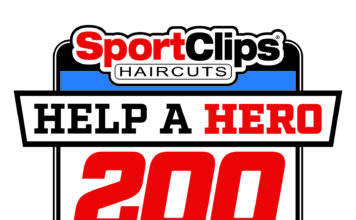 Michael Annett
No. 1 OREO Pilot Flying J Chevrolet
• Honoring team owner Dale Earnhardt Jr.’s election to the NASCAR Hall of Fame, Annett will race in the OREO Pilot Flying J Chevrolet, paying homage to the scheme that Earnhardt Jr. drove to victory at Daytona in February of 2002.
• Annett is on a streak of 10 top-10 finishes in his last 11 races this season and is averaging a finish of 8.1 over those 11 starts. He was seventh last week at Daytona.
• Annett’s best finish at Darlington is 10th, coming in 2018. He’s also completed 94.7 percent of the laps run in eight starts on the 1.366-mile oval.

Daniel Hemric
No. 8 Poppy Bank John Andretti Tribute Chevrolet
• Daniel Hemric earned a sixth-place finish earlier this year at the track “Too Tough To Tame.”
• Overall, Hemric has made a combined four starts at Darlington between the NASCAR Cup Series and the NXS, with the sixth-place finish in May being his best.
• This weekend in Darlington, Hemric and the No. 8 team will be paying tribute to the life and legacy of John Andretti and the #CheckIt4Andretti campaign. This scheme replicates the one Andretti drove during the 1995-96 Cup seasons.
• Through 15 NXS starts in 2020, Hemric has earned a best finish of second at Charlotte Motor Speedway in May.

Noah Gragson
No. 9 Unilever United For America Chevrolet
• Noah Gragson has two starts at Darlington with a best finish of fifth coming in the return to racing in May.
• At tracks that are between one to two miles in length, Gragson has an average finish of 9.2 including nine top fives, 21 top 10s and has paced the field for 451 laps.
• To date in 2020, Gragson sits fourth in the championship standings with two wins, 10 top fives and 15 top 10s.
• Unilever has partnered with Food Lion Feeds to give back to the Darlington, S.C. community this weekend. United for America, along with Food Lion Feeds, is donating $500,000 to Harvest Hope and will donate an extra $50,000 of product if Gragson wins the race.

Justin Allgaier
No. 7 BRANDT Professional Agriculture Chevrolet
• Justin Allgaier has 10 NXS starts at Darlington Raceway with three top fives and seven top 10s.
• His best finish at the historic speedway came earlier this year. The 34-year-old driver led nine laps on his way to a third-place finish back in May.
• So far in the 2020 season, Allgaier has one win, five top fives and nine top 10s on tracks measuring 1.5 miles or less.
• This weekend, Allgaier’s No. 7 BRANDT Professional Agriculture Chevrolet will carry the popular DMP / JR Motorsports paint scheme Dale Earnhardt Jr. raced and won with at Daytona in the summer of 2003.

“We had a great race going at Darlington in the spring before I spun, and we’re looking to have another good run this weekend. We’ll have the OREO paint scheme that Dale raced and won with at Daytona in 2002, and it would be nice to take it to Victory Lane at Darlington on Saturday. Thanks to Pilot Flying J for allowing us to celebrate Dale’s election to the NASCAR Hall of Fame. We’ll keep rolling toward the playoffs, and a good run here would be welcome.” – Michael Annett

“I’m looking forward to heading back to Darlington this weekend. We were really fast there back in the spring and I feel like we had a car capable of winning. Having Dale’s old DMP paint scheme on our BRANDT Chevy to honor his upcoming induction into the NASCAR Hall of Fame is just awesome. That scheme was so popular when he won with it back in 2003. Hopefully we can have the same success as he did with it and get it back to Victory Lane.” – Justin Allgaier

“I’m so happy that we are heading back to Darlington this weekend and are getting the chance to finally race this awesome John Andretti Tribute scheme. I can’t thank Poppy Bank enough for letting us run these colors and hopefully we can have a really great day for John and the entire Andretti family. Getting to meet and talk with Nancy and learning more about the #CheckIt4Andretti campaign has really made this a special weekend for me. Hopefully we can back up the speed we had here in May and be up front and in contention for the win on Saturday. I can’t wait.” – Daniel Hemric

“We had a really strong Camaro when we were here in May after a short break due to the pandemic. That gives me extra confidence as we head into turn one at a track that is one of the most treacherous on the circuit. The abrasive surface is going to eat through tires and you’re going to see a lot of sliding around throughout the turns. It’s what makes Darlington so much fun. Hopefully we can put this Unilever United For America Chevy into Victory Lane and add an extra $50,000 worth of donations to the Darlington area to help fight hunger.” – Noah Gragson

• JRM at Darlington: In 39 previous starts at “The Lady in Black,” JRM has earned two wins, 10 top fives and 23 top 10s. Chase Elliott scored the organization’s first victory at the hallowed speedway in 2014 with Elliott Sadler following suit in 2016. Earlier this season JRM earned two top fives and three top 10s, with Justin Allgaier coming home with a third-place finish at the hallowed speedway.
• #CheckIt4Andretti: In April of 2017, John Andretti was diagnosed with Stage 4 Colon Cancer. As a result of his diagnoses, Andretti chose to use his voice and his platform to launch the #Checkit4Andretti campaign in order to increase the public’s awareness of the importance of colonoscopies and urge people to visit a doctor and schedule a colonoscopy regardless of their age.
• United for America: Unilever, maker of brands like Hellmann’s and Dove, has teamed up with Food Lion Feeds to support the Darlington, S.C. community through their United for America program, The organization will donate $500,000 worth of product to Harvest Hope. Plus, as an added bonus, if Noah Gragson wins the race, they’ll give an additional $50,000 worth of product. Together with your help we can make a big impact in the places we call home, to learn how you can help visit www.foodlion.com/feeds and to find simple ways to help in your community visit www.weareunitedforamerica.com.
• OREO Offer with Pilot Flying J: Download and visit the Pilot Flying J app for special offers on OREO cookies all week long in celebration of Michael Annett’s throwback No. 1 OREO Pilot Flying J Chevrolet this weekend at Darlington Raceway. Annett’s scheme pays tribute to JRM team owner Dale Earnhardt Jr.’s election into the NASCAR Hall of Fame as well as his victory at Daytona International Speedway in 2002.