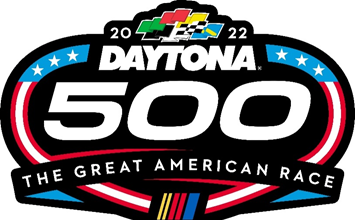 DAYTONA BEACH, Fla. (Nov. 12, 2021) – With a limited number of tickets remaining for the 64th Annual Great American Race fans need to act now to take advantage of a host of DAYTONA 500 Holiday packages, which are on sale for a limited time, offering up to 30% off for DAYTONA Speedweeks Presented By AdventHealth events.

The DAYTONA 500 at Daytona International Speedway is set for Presidents’ Day Weekend, Sunday, Feb. 20, 2022, and it will be the site of the points-race debut of the NASCAR Cup Series anticipated ‘Next Gen’ car. Tickets are selling fast for the DAYTONA 500 and fans are encouraged to make their plans now. The Cup cars will be in action on Thursday, Feb. 17 during the Bluegreen Vacations Duel at DAYTONA qualifying races. Friday (Feb. 18) will see the NextEra Energy 250 for the NASCAR Camping World Truck Series while Saturday, Feb. 19 will feature a doubleheader, with the Beef. It’s What’s For Dinner. 300 for the NASCAR Xfinity Series and the Lucas Oil 200 Driven by General Tire for the ARCA Menards Series.

In addition to purchasing a DAYTONA 500 tickets, for only $100 more, fans can attend all the leading events to the DAYTONA 500. The longer fans stay as part of for DAYTONA Speedweeks Presented By AdventHealth, the more the savings. Here’s the specific breakdown of economic opportunities, which end on Dec. 31:

UNOH Fanzone and Premium Parking are available to add to any holiday package. DAYTONA Speedweeks Presented By AdventHealth will have fully open frontstretch seating, expanded camping, hospitality and pre-race experiences.

The Next Gen car, a collaboration of the brightest engineering minds in racing and the automotive industry, is designed to give the drivers greater control. It will put an emphasis back on race strategies, team personnel and vehicle setups while returning the ‘stock car’ look to NASCAR. The cars are set to put on great racing for fans, incorporate relevant technology and look more like street version vehicles.

For ticket information on the 2022 DAYTONA 500, as well as Speedweeks Presented By AdventHealth events, log onto www.DAYTONA500.com or call 1-800-PITSHOP. Fans can stay connected with Daytona International Speedway on Twitter, Facebook and Instagram for the latest speedway news.

About Daytona International Speedway
Daytona International Speedway is a state-of-the-art motorsports facility and was awarded the SportsBusiness Journal’s prestigious Sports Business Award for Sports Facility of the Year in 2016. Daytona International Speedway is the home of The Great American Race – the DAYTONA 500. Though the season-opening NASCAR Cup Series event garners most of the attention – as well as the largest audience in motorsports – the approximately 500-acre motorsports complex, also known as the World Center of Racing, boasts the most diverse schedule of racing on the globe. In addition to at least nine major event weekends, the Speedway grounds are also used extensively for events that include concerts, civic and social gatherings, car shows, photo shoots, production vehicle testing and police motorcycle training. The iconic venue will be the site of a host of motorsports events early in 2022, beginning with AHRMA Classic Motofest and the Rolex 24 At DAYTONA in January, and the 64th DAYTONA 500, which will debut the first points race for NASCAR’s ‘Next Gen’ car as part of Speedweeks Presented by AdventHealth, in February. The tradition-rich 81st Annual Bike Week At DAYTONA returns in March, featuring DAYTONA Supercross and the DAYTONA 200, and in May with the Heroes Honor Festival. Later in the summer during Independence Day weekend, the track, in association with Torneos, will host Soccer Fest before the NASCAR Cup Series returns for the final race of the regular season with the Coke Zero Sugar 400 on Aug. 27.