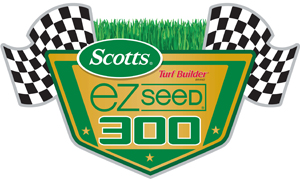 KYLE BUSCH, No. 18 Z-Line Designs Toyota Camry, Joe Gibbs Racing Finishing Position: 1st How did the new tires change the handling of your car? “It changed the dynamic of the car quite a bit. We had to compensate for that driving style-wise and then on our next pit stop, get some changes made to the car. Jason (Ratcliff, crew chief) and these guys did such a great job. We played a lot yesterday with different setups and what we wanted to do and how we wanted to do it and what exactly we were looking for. I know the feel I need, but it’s just hard to try to get it sometimes. We got it there yesterday and felt pretty good about it and then they had the tire deal and we were a little nervous about it. It worked out today. I can’t thank Z-Line Designs and Jim and Monica (Sexton, owners of Z-Line Designs) enough — they are here with us today so it’s cool to have them on board and win for them when they’re here with us. NOS Energy Drink, Toyota — this Camry was awesome today and Nationwide Insurance. This is a fun series to race in. Then Marquis Jets, Gillette and of course the fans. It’s cool to come to Bristol and see this place. There were a lot of people here today and hopefully there’s a lot more tomorrow.” How does it feel to have led over 10,000 laps in the series? “It’s big and anytime you’re able to break any kind of series record with the likes of Sam Ard and all the guys that made this series what it is. Kevin Harvick in his heyday when he was really good — just a couple years ago. Of course, Mark Martin in his time and all the guys — (Larry) Pearson and (Tommy) Houston and all those boys. It’s cool and I enjoy it. There’s still plenty more time hopefully to make some more. You all keep making a big deal and Mark got one away from me, well I caught back up one today. There’s still a few more before I get there, but I’m sure he’s watching and we’re hunting him down.” How was your race today? “It was all in the team. These guys gave me a great race car. We unloaded yesterday and played around a lot with different setups to see exactly what we wanted to put underneath this Z-Line Designs Camry and get it here to victory lane. It was a great effort by everybody and then when we put those tires on, it threw a new dynamic into the team or into the race actually and how you had to drive the cars and what you needed to do to get around here. I had to change a little bit and there were some guys there behind us that wanted to keep us honest. Kasey (Kahne) was coming there at the end a little bit. I just felt like those restarts were going to be pivotal there to get a jump out and get ahead.” Why are you so much better than other drivers in this series? “Good question. I don’t know, I wish there was more opportunities for this on Sunday really. I think it’s got a lot to do with the guys and Jason (Ratcliff, crew chief) and what kind of product they bring to the race track. There’s a lot to be said about what happens at the shop and that’s a true testament to Joe Gibbs Racing. I’m familiar with that now with Kyle Busch Motorsports and what we do over there. I know what these guys go through and what kind of stuff they do on a daily, let along weekly basis in order to keep these cars competitive week in and week out. It’s like J.D. (Gibbs, president of Joe Gibbs Racing) says, ‘If we’re not competitive and we’re not winning races then we’re not going to be here very long.’ I feel like these guys thrive on success and getting to victory lane. I give all the credit to them, but I would say that for some reason the Nationwide cars just suit my style perfectly. I don’t know what it is. I’ve always been really good in the Nationwide cars, ever since I started. In my first race I finished second and I’ve had a lot of great success over the years with Hendrick Motorsports and NEMCO Motorsports and now with Joe Gibbs Racing. All in all, it’s fun. Let’s go do some more.”

KYLE BUSCH, No. 18 Z-Line Designs Toyota Camry, Joe Gibbs Racing (continued) Is the NNS win record something you are focused on earning? “No, it’s not a big deal to me to be able to do that. I think it will be once it happens — if it happens. Mark (Martin) and I, we have a little fun on the side egging each other on a little bit. I’m sure he’s already sent me a text about it. I talked to him before the race in Vegas and I sent him a text after the race congratulating him on his win and said thanks for making it one more. He said, ‘Time is evident.’ It’s on my side, not his side. It’s cool to have that, but I didn’t think about it until there in victory lane I was talking about the pioneers of this sport with Sam Ard and (Tommy) Houston and those guys and then I mentioned Mark Martin’s name and that reminded me of the win battle that we’ve got going on.”

JASON RATCLIFF, crew chief, No. 18 Z-Line Designs Toyota Camry, Joe Gibbs Racing How did the new tires affect the setup in the race car? “We had a little bit of info on that tire from last fall even though we ran the older car — we didn’t run the new Nationwide car. I have to give a lot of credit to my engineer, Matt Lucas — him and I saw midnight come and go last night. Just trying to get a feel for what that change was going to be when we came down to lap 25 and put the other tires on. The first 15 laps I didn’t expect it to do what it did. After that, it kind of went the direction that we thought it would. We had some ideas, had some plans going in if it went that way. Thankfully, it worked out. As Kyle (Busch) mentioned, these guys — it’s been a tremendous season for us and it just shows the hard work that all the guys — everyone at JGR (Joe Gibbs Racing), not just the 18 bunch, has put a tremendous amount of effort into this Nationwide car and it’s showing up. Of course I have to thank Kyle — nobody gets around this place better than he does. It was great to be a part of this day.” Why is Kyle Busch so much better at Bristol? “He just does. I would like to think that we bring a good car here every time we show up and I would like to think that as the race goes on — like we saw today, that even when we get off a little bit on our adjustments, we’re able to rebound. I think we are. I’m surrounded by a great group of guys and that’s a blessing and they just add — I get the credit for it, but behind the scenes they just do a great job. I don’t know what it is. It just fits his style and he adapts when things change. Like he mentioned, the new tire, he had to figure it out again — had to hit the reset button and learn it all over. Then he’s able to communicate that back to us so that we can make the right adjustments. I think a lot of guys just can’t do that. They can be fast, but they can’t adapt and communicate the way he does and you have to do that at a race track like this.”

JOEY LOGANO, No. 20 GameStop Toyota Camry, Joe Gibbs Racing Finishing Position: 5th Are you happy with your finish today? “This is the first race I ever finished here. So, after five years of trying I’m actually kind of excited about finishing one. We were too tight the whole time with the GameStop Toyota. We took off terrible and about 50 laps into a run it finally started going for me. We were just too late and would lose too much track position on restarts. Live and learn – we’ll come back next time.” Did changing tires after 25 laps have an impact? “It actually wasn’t as big of a change as it was for the Cup tire when we changed in practice. I think we were so far off it didn’t really matter anyway. We were just really tight and we weren’t really able to get our car close enough. I’m happy with a fifth-place finish out of that. It’s the first Bristol race I’ve ever finished.”

BRIAN SCOTT, No. 11 Shore Lodge Toyota Camry, Joe Gibbs Racing Finishing Position: 12th Did changing tires after 25 laps have an impact? “It was a pretty big difference. It looked like a lot of teams calculated better for it than we did. A big portion of that is my fault, trying to decide what we need in the car and then what we were going to have when we put new tires on what’s going to change. We just needed more opportunities to tune on it. That’s the bottom line for our deal today. We needed chances to make it better. We needed to get that ‘lucky dog’ at the end and the caution just didn’t fall our way. All in all, we’ll learn from today and come back here in the fall and I think we’ll be a bit better.”

RYAN TRUEX, No. 99 Pastrana-Waltrip Racing Toyota Camry, Pastrana-Waltrip Racing Finishing Position: 20th What happened between yourself and Danica Patrick? “We were racing there for a while — side-by-side. My car was really loose for about half the race. I just came off the corner dead sideways. I was either backing into the wall or going down the hill and hoping to save it. I came off and came up — the right rear just almost hit the wall and came down to save it. She (Danica Patrick) was there and came down on her and pretty much ended her day. I feel bad about that. It wasn’t on purpose and I’m sorry. I guess it’s a racing deal — it’s Bristol, its tight and things like that happen. I definitely feel bad about it.” How was Camping World Truck Series driver Matt Crafton helping you in today’s race? “He (Matt Crafton) was just hanging out in practice — watching my line, watching the car. It’s good to have somebody up there that knows what the car drives like and how they respond to different changes in setup. He can stand up there and watch it and see it go around the corner and say it looks like the right front, loose or anything whereas a crew chief or someone who doesn’t race the cars all weekend can’t exactly see — they can see what it’s doing, but they don’t know what it drives like and they don’t know how a car responds to different things it’s doing. Somebody that knows what they’re doing