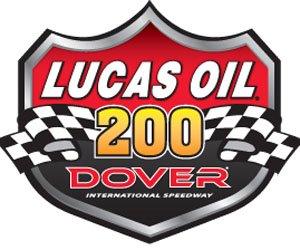 The NASCAR Camping World Truck Series visits one of the toughest tracks on the circuit on Friday evening for the Lucas Oil 200. The Dover International Speedway is a high-banked, one-mile concrete track that has earned its reputation as “The Monster Mile” with its high speeds, hard hits and exciting action.

David Starr and the SS Green Light Racing Team have had a rough start to the 2011 NCWTS campaign getting caught in several on-track incidents through the first four races and Starr found himself in an uncharacteristic sixteenth in the driver’s point standings. A strong drive at the end of the most recent race at Nashville net an eighth place finish and boosted Starr three places in the year-long tally.

The Dover International Speedway always has something new in-store and the Lucas Oil 200 is no exception, Friday the speedway and NASCAR will honor the brave men and women who serve in the US Military by offering honorary pit crew status to service members from the nearby Dover Air Force Base. Friday night SSgt Eric D. Swanson and A1C Charles D. Wilson will join SS Green Light Racing Crew Chief Jason Miller on top of the pit-box for the 200-mile event.

“I’m looking forward to Dover. It’s just an awesome racetrack. You know, I love them all but there’s just something about the Monster Mile. It’s a fast, high-banked speedway, it’s more like a short track but it’s not. Things happen quick, so you’ve got to be careful,” Said Starr. “One of the unique things is when you turn off into the corner it’s like a free-fall, you feel like you’re up a hill and you just drop three stories down into the corners. It’s one of my favorite tracks to go to and race the Zachry Toyota.”

“I feel with Jason Miller, Slash and all the guys on the SS Green Light team we are definitely capable of putting the Zachry Tundra into victory lane. At Dover you need a good handling truck, lots of power under the hood and we have that with Joey Arrington’s REP Engines. We have all the ingredients it takes to win.”

“Dover is unique with the horse track inside of the racetrack and there’s a casino on the back straightway. I love going to that part of the country and the fans are really great NASCAR fans, it seems like they love truck racing up there.”

“I think it’s really cool that we get to honor our military and I want to thank the folks at Dover and NASCAR for putting that deal together to allow the servicemen to join our team for the day. It’s pretty neat and a great way to say thank you and that we appreciate what they do for our country.”

“Over the year’s we’ve run good there and been close to winning, but never received the checkered flag and met that monster,” he concluded with a smile.

“I want to meet this monster in victory lane!”

On Friday evening the No. 81 Zachry Toyota Tundra will also display the Autism Speaks puzzle piece to raise awareness and funds for the disorder that effects nearly one in one hundred children born in America today. Autism Speaks is the nation’s largest autism science and advocacy organization, dedicated to funding research into the causes, prevention, treatments and a cure for autism; increasing awareness of autism spectrum disorders; and advocating for the needs of individuals with autism and their families.

In nine career NCWTS starts at the Dover International Speedway, David has one pole, three top-fives and seven top-tens. Only once in the nine starts has he not finished on the lead lap with an average start of 13.7 and an impressive average finish is 8.2.

The Lucas Oil 200 is the 251st consecutive NCWTS start for the SS Green Light Racing team and the 271st career start for Starr in the series.

There are 36 trucks on the preliminary entry list for the Lucas Oil 200.

Zachry Holdings, Inc. is engaged in the planning, building and renewing of the world’s most critical industrial facilities. As one of the largest direct-hire, merit-shop constructors in the United States, Zachry provides a range of engineering, construction and maintenance services to top industrial companies. The 85-year-old, privately held organization is based in San Antonio. Visit www.zhi.com for more information.