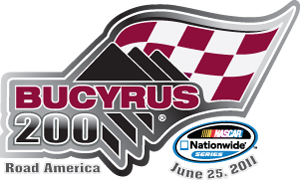 ·     “RIGHTS AND LEFTS” A RIGHT FIT FOR McDOWELL:  Many people know Michael McDowell for his near rookie season ARCA Championship, his horrifying Sprint Cup Series wreck at Texas Motor Speedway or his highly personable off-the-track demeanor.  One thing most people don’t know about McDowell is that he came up through the racing ranks not only making left hand turns, but also turning right most of the time.  Like most racers, McDowell made his early mark in go-kart racing.  However, once it was time to move on from there, McDowell chose to go road racing instead of oval racing.  Following go-karts, McDowell headed to the Star Mazda Series, where he was the 2003 Rookie of the Year and the 2004 North American Champion.  Following his Star Mazda career, McDowell co-drove a Daytona Prototype with Champ Car veteran Memo Gidley. The duo finished sixth in the Rolex Sports Car Series Championship in 2005 and gave Finlay Motorsports its first victory in Mexico City.  Also in 2005, McDowell made his Champ Car debut at Mexico City, finishing 11th.  The following season, McDowell again drove in the Rolex Series and the Grand-Am Cup Series, finishing fourth in points and collecting one win (at VIR).  It was only then that McDowell began on an oval-track career, racing in the ARCA Racing Series in 2007, where he finished second in points and was Rookie of the Year.

·     WELCOME BACK TO PIZZA RANCH:  Pizza Ranch, the largest regional pizza restaurant chain in Iowa , Minnesota , North Dakota and South Dakota , will return as sponsor of the No. 18 Toyota this weekend at Road America.  Pizza Ranch and Joe Gibbs Racing formed their relationship in 2009 with Kyle Busch in the No. 18 Pizza Ranch Toyota at Iowa Speedway, where the Pizza Ranch team finished a strong second.  Since then, Pizza Ranch has been a sponsor with JGR for a number of races and will continue that relationship into 2011, where they will sponsor the No. 18 in four events; three with Michael McDowell (both Iowa Speedway events and Road American) and one with Kyle Busch (Michigan, where Kyle finished third).  Pizza Ranch specializes in pizza and chicken and has grown steadily with franchises currently in nine states. Pizza Ranch offers a host of dining options to include a pizza/chicken/salad bar buffet, carry-out pizza, or delivery of chicken and pizza to the home. Pizza Ranch puts the customer first with extraordinary hospitality and service.

·     ROAD AMERICAN VICTORY LANE FAMILIAR GROUND FOR McDOWELL:  Michael McDowell has had a lot of success during his road racing career and Road America is no exception.  McDowell has visited Road America’s Victory Lane on two different occasions, both coming during Michael’s Star Mazda days.  McDowell won the pole and race in the 2003 Star Mazda event at Road America and followed that up in 2004 by winning the Star Mazda race at the Elkhart Lake track once again.  In the Nationwide Series, Road America has been good for Michael as well.  Last season, he qualified fifth for the event and was running in the top-five before a blown engine knocked him out of the event.

·     CHASSIS:  The JGR team will take chassis #131 to Iowa this weekend.  The chassis is brand new and built as a road course car. This will be the chassis’ first time on the track.

Michael McDowell Quotes: “I feel very fortunate just to have the opportunity to race with Joe Gibbs Racing because I’ve been in this sport a few years now and kind of just bid my time with some start and parks, so for me it gives me a real opportunity to show my speed and my ability.  It’s also just a real pleasure to drive something that is that good.  It’s fun and it makes this whole racing gig worthwhile.  The people over at Joe Gibbs Racing are just first-class in every sense of the word.  And the equipment they bring to the track is just amazing.  That was something I took away from our first race together at Iowa.  Even when I thought I wasn’t going as fast as I could be, we were still top-10 in the speed charts.  So, to know that you have that good of a car gives a driver like myself a lot of confidence.

“I’m really excited to get back on a road course in some Joe Gibbs Racing equipment and it couldn’t come at a better track for me.  I’ve got two victories at Road America in the Star Mazda Series in 2003 and 2004.  I qualified fifth there in the Nationwide car last year for McDonald Motorsports and was running well until we had engine issues.  So, it’s a good track for me for sure and to drive the No. 18 and have great equipment and great pit stops is really going to give us a shot at winning the race.  It’s something I’ve been looking forward to a long time.

“I’m also really excited to be associated with Pizza Ranch again.  They weren’t originally scheduled to do this race at Road America, but they are a great company and they have a lot of faith in both myself and JGR, so the best thing we can do is go out there and be competitive all day long and be there racing for the win at the end of the race.  There are a lot of good drivers in the Nationwide Series and these road course races always bring out some road course ringers, so that will make it a tough day.  But I’m confident that we can go into this weekend as one of the teams to look at.  My relationship with Jason Ratcliff (No. 18 crew chief) is getting better and better and we learned a lot about each other in Iowa.  So hopefully, we can improve on our Iowa finish and hopefully I will be able to capitalize on the opportunities that I get at Joe Gibbs Racing and get another win for the 18 car.”