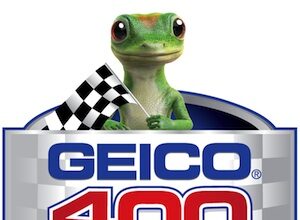 I will tell you up front that this will be a rather brief Matty’s Picks as there is really nothing exciting to write about at Chicagoland Speedway.

[/media-credit]Chicago marks the start of the 2011 Chase for the Sprint Cup, and NASCAR couldn’t have picked a more boring race to start what is supposed to be the most exciting part of the season. Even the race at Kentucky Speedway earlier this year will prove to be more exciting than the race this weekend at Chicagoland because at least at Kentucky there was the parking situation to talk about.

The fall season marks the toughest time during the NASCAR Sprint Cup season for viewer ratings, because of competing with the National Football League for viewers on Sunday afternoons. Placing another cookie-cutter style track with few passes and strung-out racing is no way to compete with the NFL.

Enough with my rant about The Chase schedule, onto some picks…

Bad, bad, bad. I had two picks last week that really hit the toilet bowl in the last race of the 2011 regular season.

Clint Bowyer, my Winner Pick, may have had the car to beat last Saturday night but got tangled up in an accident just nine laps into the 400-lap stanza. Bowyer had a very fast Chevrolet Impala in qualifying, sealing up fifth-place on the starting grid, but as everyone knows pointing the wrong the way on the racetrack is not the way you win races.

Bowyer restarted 34th after the caution (which he caused) on lap 20 and I had a glimmer of hope as the Richard Childress Racing driver quickly moved into the top-15 by lap 60, top-10 by lap 70 and back into the top-5 by lap 100.

Clint Bowyer might have been the hottest driver on the track last Saturday (in a literal sense), as he reported his in-car air conditioner had quit just 10-laps in, and the “Helping Hands” crew was forced to continue shoveling water and ice packs thru the window of the No. 33 car.

Bowyer ran in the top-15 for another 125 laps before crew chief Shane Wilson realized the No. 33 was losing ground to the leaders and called his driver to the pits under the green. This strategy to be off-sequence to the leaders would backfire just seven laps later when the caution flag flew, forcing Bowyer a lap down to the leader and in the 20th position.

The No. 33 car would linger around the top-15 the remainder of the race, but fought a loose condition, eventually taking the checkered flag in the 22nd position, sealing me up a poor finish for a Winner Pick.
I will not bore you with the recap for Marcos Ambrose, because you would be here all night reading about each incident he was involved in. My Dark Horse pick, faired just one position better than Bowyer, finishing the Wonderful Pistachios 400 finishing in 21st position.

Marcos Ambrose tried to make the most out of a rough night, after starting from the 33rd spot, and finding himself involved in a handful of on-track incidents. And just by coincidence, Ambrose was involved in the same wreck my Winner Pick, Clint Bowyer was involved in just 9-laps into Saturday night’s race.

This was just the start of Ambrose’s troubles with the wall and other cars. Ambrose was involved in at least two other incidents before the half way point and at least one other during the second half of the race.

He was a lap down basically the entire race, and never really gave me the hopes of making a Dark Horse win pick. With his 21st place finish, Ambrose did crack the top 20 in the NASCAR Sprint Cup Series drivers points, but gained me nothing in my Dark Horse picks.

Well, I have to get my mandatory once-a-month Kyle Busch pick in, and with just one race to go after Chicago in the month of September, let’s make it this week.

Like most tracks on the NASCAR Sprint Cup Series schedule, Kyle Busch has visited Victory Lane at Chicago, but never with Chase points riding on the line. In July 2008, Rowdy started on the pole at Chicagoland Speedway because of qualifying being rained out, and would pass Jimmie Johnson on the final restart for his first and only win at the track.

Also unlike most tracks on the schedule, Kyle does not average a top-10 finish at Chicago. His average finish at the cookie-cutter in Joliet is 13.5, and his only top-10’s are actually top-5’s. He has finished 17th and 33rd respectively in the past two seasons at Chicago, but is eager to set the high mark in The Chase.

Kyle is the guy most are pointing at to knock Jimmie Johnson off his championship course, and in order to do that he must WIN. I’d say the first race of the 2011 Chase is the time to do it.

I’ve made it a point to not pick two “Chasers” each week, and will start off this week with a driver who really could use a win for his NASCAR legacy.

A win for Mark Martin in these final ten races this year would mean the world to the 52-year old. He is coming off a top-10 last week at Richmond and does have a history of finding the front at Chicagoland Speedway.

Mark Martin etched his name in the history books at Chicagoland Speedway in July 2009 when he won the LifeLock.com 400, a race that was run at night. He led the race 4 times for a total of 195 laps, a complete domination of the rest of the 43-car field. The July win marked his 4th victory in 19 races during the 2009 season, the season he would be ranked first going into the final ten races of the season. 3

Mark Martin was 3rd in the first practice of the day, and his average finish in the ten races run at Chicagoland Speedway is 12.8, slightly better than my Winner Pick’s.

Not many folks are looking at Mark Martin for a win this week; hopefully I’ve opened your eyes to that possibility.

That’s all for this week and as always…You Stay Classy NASCAR NATION!