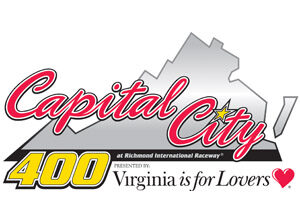 Menard was scored as high as 11th and as low as 31st, maintaining an average running position of 19.105 before finishing 13th in the Saturday night showdown.

Kevin Harvick ranked fifth in the NASCAR Loop Data Statistics category of Fastest Drivers in an Early Run with an average speed of 120.648 mph.

After starting 30th, Burton drove up to as high as 11th in the Capital City 400.

Paul Menard and the No. 27 Team Turn Around Weekend in Richmond with 13th-Place Finish

Paul Menard drove the No. 27 NIBCO/Menards Chevrolet to a 13th-place finish under the lights of Richmond International Raceway in Saturday night’s Capital City 400 presented by Virginia is for Lovers. The Richard Childress Racing team was forced to unload the neon yellow backup machine on Friday afternoon after Menard made contact with the outside turn four wall during the first of two practice sessions. The Slugger Labbe-led crew had a narrow window of time to prepare the car and was able to get minimal track time during final practice on Friday afternoon. Menard qualified in the 31st starting position for the 400-lap NASCAR Sprint Cup Series event at the Richmond, Va.-based facility. Once the 43-car field took the green flag for the 400-lap affair, the Eau Claire, Wis., native began to climb through the field, entering the top 20 on lap 51 and reporting that the No. 27 Chevrolet was tight in the center of the turns. A number of minor chassis and air pressure adjustments made throughout the 300-mile race during green-flag and caution-period pit stops improved the overall balance of the car, allowing Menard to gain ground. The No. 27 NIBCO/Menards team took the checkered flag in the 13th position, his career-best finish at the 0.75-mile race track. Menard remains 14th in the NASCAR Sprint Cup Series driver championship point standings, 29 points out of the final Chase for the NASCAR Sprint Cup spot.

“This weekend was one of those that builds character. We unloaded a really fast No. 27 NIBCO/Menards Chevrolet and unfortunately, wrecked it during first practice. We didn’t have much time with the backup car and qualified terrible. Grant (Hutchins, team engineer), Slugger (Labbe, crew chief) and a few of the guys got together Friday night and came up with some changes to make to the race setup and it worked. This is the second-best car I’ve ever had here at Richmond (International Raceway). The best car was the one we wrecked on Friday. Everyone pulled together, kept their heads up, worked hard and it paid off. After the weekend that we had, 13th is a good finish and something we can all be proud of.”

Kevin Harvick and the No. 29 Jimmy John’s team finished 19th during the Capital City 400 at Richmond International Raceway after battling an unfavorable handling race car for the majority of the 400-lap event. The Bakersfield, Calif., native started the race from the third position and moved into second as soon as the green flag fell over the 43-car field. Soon after taking over the second position, Harvick reported to the crew that his Jimmy John’s Chevrolet had become loose on entrance and exit of the turns, and tight in the center. During a competition caution on lap 50 the Shane Wilson-led crew made a chassis adjustment and changed four tires while filling the car with fuel. Harvick restarted the race in the fourth position and ran within the top five until the team came to pit road for the third time on lap 228. The crew continued working to alleviate the handling issues Harvick was facing by making air pressure and chassis adjustments, along with adding fuel and four fresh tires. The 36-year-old driver returned to the track in the eighth position, and slowly began to fall further back in the pack as the changes made didn’t seem to help the issues the car had developed throughout the race. Continuing to fight for track position during the waning laps, the veteran driver ultimately crossed the finish line 19th. Harvick dropped one position, to seventh, in the NASCAR Sprint Cup Series driver championship point standings, 25 points behind the leader.

“This certainly was not the night we were planning on. The Jimmy John’s Chevrolet was good during the first run of the race, but we couldn’t find the right setup to be there in the end. We made some mistakes tonight, and as a team, we really need to work on keeping the mistakes to a minimum if we’re going to win races this season.”

An on-track incident on lap 310 knocked Jeff Burton and the No. 31 BB&T Chevrolet team out of contention in the Capital City 400, relegating them to a 31st-place finish at Richmond International Raceway. Burton started the race from the 30th position and had a fast race car from the drop of the green flag. The 21-time NASCAR Sprint Cup Series race winner worked his way into the top 25 by lap 30 and into the top 20 before the mandatory competition caution on lap 50. By lap 100, Burton found himself knocking on the door of the top 15 and maintained a top 20 running position before moving into 14th-place on lap 118. After being shuffled back to 22nd on the lap-237 restart, the 44-year-old veteran quietly picked off one car at a time during a long green-flag run and worked his way back in the top 15 right before a routine green-flag pit stop on lap 309. Returning to the race track with four fresh Goodyear tires and a full tank of Sunoco E15 Green fuel, Burton radioed to crew chief Drew Blickensderfer that something went wrong with the No. 31 Chevrolet and he had made hard contact with the turn three outside retaining wall. The car had significant damage from the incident, forcing the RCR veteran was to make multiple pit stops so the pit crew could apply necessary repairs. The South Boston, Va., native returned to the race track and was able to finish the remainder of the event, posting a 31st-place finish. Burton is now 20th in the Sprint Cup Series driver championship point standings.

“I still don’t know what happened to the car after that pit stop, if something broke on the car or we had a cut tire, but I’m upset that it spoiled our strong run. The green-flag run we had going before the wreck was easily the best my BB&T Chevrolet had handled all night. We had a top-15 run going and I am confident we would’ve made it into the top 10 had the incident not happened. The team worked hard to make the needed repairs and we were able to finish the race. We’ll turn our attention to Talladega Speedway now where we almost won win in the fall.”

Official Release
Previous articleEarnhardt Jr.: ‘I learned a lesson’ in route to a second place finish at Richmond
Next articleControversy at Richmond — Who is at Fault?