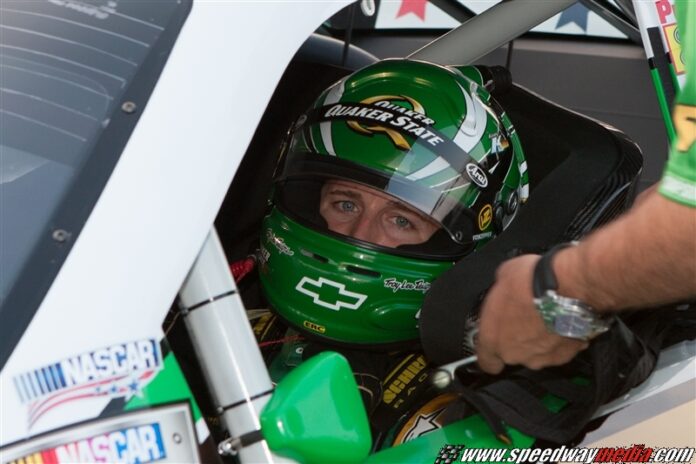 [/media-credit]It’s quite hard to tell whether Kasey Kahne will make the Chase this year or not. With two wins, it’s fair to say that since joining Hendrick Motorsports this season that Kahne has done better than previous years. As many of you already know, he’s already won at Charlotte and New Hampshire. However, he’s had his fair share of bad luck this season too.

Kahne has been as low as thirty-third in the series point standings this season. Hard to believe, right? It all started during Daytona 500 practice when he wrecked his primary car. He was then tangled up in a wreck during the Daytona 500 itself. From there the bad luck just kept going on and on. Results showed zero top tens in the first six races. Kahne fans were ready to give up Chase hopes! Until we finally hit Texas, when he finally got the top ten he was looking for.

Texas seemed to be a turning point for Kahne. Once he finally got a good finish and the good finishes continued. Getting seven top tens in a row. After that, the bad luck started up again at Pocono and continued on through Sonoma. His next top ten finishes were in Kentucky and Daytona, finishing second and seventh. The week after Daytona, he went on to win what was a very tough race at New Hampshire Motor Speedway holding off a hard charging Denny Hamlin.

The win at New Hampshire gave him two wins on the season and put him in the first wild card spot for the Chase. With his fair share of bad and good luck, everybody has been wondering, can he make it in? He does have a wild card spot right now but there are still seven races left until the Chase cutoff. Anything can happen. Coming off of the win in New Hampshire and the well deserved off-week, I think he could very well continue his momentum all the way to Richmond and maybe even just get in by cracking the top ten.

What do you think will happen with Kasey Kahne? Only time will tell.