Kevin Harvick and the No. 29 Budweiser Team Pocono Advance 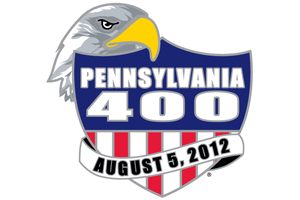 Testing… Prior to traveling to Pennsylvania, Harvick and the No. 29 team spent Monday participating in a Goodyear tire test at Michigan International Speedway with nearly 30 other NSCS teams in preparation for next month’s Pure Michigan 400.

Media Availability… Harvick will be available to members of the media on Friday at 11 a.m. ET at the No. 29 Budweiser team hauler in the NSCS garage.

Chassis Info… The No. 29 Chevrolet team will utilize chassis No. 396 from the Richard Childress Racing (RCR) stable this weekend at Pocono. Built new for competition during the 2012 season, this car was utilized by Austin Dillon earlier this season at Michigan International Speedway where he captured a 24th-place finish.

Go for the Gold… With the 2012 London Olympics in full swing, the No. 29 Budweiser team will be cheering for Team USA’s women’s trap athlete Corey Cogdell as she competes in the sport-shooting event on Saturday. Members of the Budweiser Racing team had breakfast with Cogdell while visiting the U.S. Olympic Complex in Colorado Springs, Colo., last month. Cogdell became the first American woman to ever take home an Olympic Medal in her sport when she earned a bronze medal in women’s trap at the 2008 Beijing Olympics.

Transform Reality with Blippar… Emerging technology from Blippar delivers an exclusive mobile experience to fans of Harvick and the No. 29 Budweiser Racing Team. Blippar is the first image-recognition phone app aimed at bringing to life products with exciting augmented reality interactions and instantaneous content. With theBlippar app, fans can use their smart phones to convert the Bud 29 logo into an interactive experience where they can view footage of Harvick and the team, get behind-the-scenes access and take their photo with the driver of the No. 29 Budweiser Chevrolet. The free app is available for download on iOS and Android devices. Once downloaded, fans can utilize the app to blipp (scan) the Bud 29 logo, accessible in retail locations and on team merchandise, to access the special content.

Loopy at Pocono… Since the implementation of NASCAR’s Loop Data Statistics in 2006, Harvick has competed in 15 NSCS races at Pocono Raceway and holds several impressive marks entering this weekend’s event, including: first in Green-Flag Passes (1,324 passes); third in Closers; sixth in Quality Passes (630); eighth in Speed in Traffic; ninth in Average Running Position (13.958); ninth in Driver Rating (90.8); and 10th in Laps in the Top 15 (1,813 laps/63.1 percent).

Last Time Around… Harvick started 10th and finished 14th in last August’s race at Pocono Raceway. In July’s race at the newly repaved track, Harvick started 21st and was penalized for speeding on pit road in the early stages of the race, but was able to work his way into the top 10. The team made a gas-only stop with less than 30 laps to go, but a lengthy late-race caution ruined the team’s fuel strategy and Harvick was scored with a 14th-place finish.

In the Rearview Mirror… Last weekend at Indianapolis Motor Speedway Harvick started 27th, struggled with the handling of his No. 29 Chevrolet and earned a 13th-place result.

For the online version of the Budweiser Racing media guide, please visit .

Follow along each weekend with Harvick and the team on Twitter. Check out @KevinHarvick for behind-the-scenes information straight from the driver of the No. 29 Budweiser Chevrolet. Get live updates from the track each weekend from @Black29Car, the PR team for Harvick. Also, follow @RCRracing and @RCR29KHarvick for additional information about the Richard Childress Racing organization. Fans can also interact with Harvick on Facebook at http://www.facebook.com/OfficialKevinHarvick.

How do you approach each corner at Pocono? “The first thing you do is you’ve got to survive the restart. We learned last time that practice didn’t really matter if you could get a good restart and survive going through the corner and get in line then you were in good shape. It’s really fast and the thing I like about what they did at Pocono is that all the bumps are now kind of swells and you have the same kind of feels that you had there, they are just not extreme bumps. Each corner is fast. Turn 1 is a corner where you drive in and down shift. The key to Pocono now is getting up off the corners and in the throttle and being able to stay in the throttle really in all three (turns).”

With the repave at Pocono, will you take more out of Indy than in past years heading back there this weekend? “I think you bring a lot more to Indy just because of Pocono and Michigan and how aggressive you can be with the front of the car and keeping the splitter on the ground. I think at those race tracks apply more to each other that they have in the past. They have obviously applied in the past, but I think you can be as aggressive at all three of them now.”