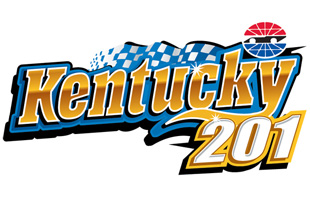 Jason White on Kentucky: “I love that we get to go back to Kentucky for a second race. The track has a lot of character with the various bumps around it. It puts pressure on us to get a good set-up under the truck and then it is up to me to get the most out of it I can. All of the unique elements of the track really make it challenging but also fun at the same time.”

“I have always run pretty well at Kentucky. We battled some issues with a new truck we brought in the first race at Kentucky but still salvaged a decent finish. I know our GunBroker.com Ford will be fast this week and I anticipate a very strong run.”

Race Rewind: Jason White and his GB Racing team once again battled the balance of their No. 23 GunBroker.com Ford as well as classic NASCAR Camping World Truck Series racing on Saturday night at Iowa Speedway. White started the 200-lap event from the 19th position as a result of his qualifying effort earlier on a beautiful day in the Heartland. The early portion of the 175-mile event would see the No. 23 GunBroker.com Ford maintain its track position. But it didn’t take long for things to get interesting as Jason encountered some early on track contact. The GB Racing team endured multiple trips down pit road for necessary repairs but remained on the lead lap and with some creative pit strategy was towards the front of the field late in the race. In the end, Jason came home with a battered No. 23 GunBroker.com Ford and a hard fought 12th-place finish.

The finish moved Jason up into the ninth position in the NASCAR Camping World Truck Series drivers’ standings – only 44 points out of the eighth spot.

“BuckShot” Returns at Kentucky: The GunBroker.com team will be bringing the truck they nicknamed “BuckShot” to Kentucky Speedway this week. In honor of the team’s sponsor, GunBroker.com, the GB Racing team uses gun and shooting themed names for most of their trucks – thus the name “BuckShot”. Sporting a brand new body, this will be the second time this season that “BuckShot” has seen the track with the first outing coming early in the season where Jason piloted it to a 10th place finish at Martinsville Speedway.

Speedway ticket holders can meet their favorite drivers and get an autograph in the fan concourse prior to qualifying for the Kentucky 201.