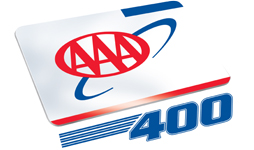 CONCORD, N.C. (Sept. 26, 2012) – On the heels of the announcement in Chicagoland proclaiming that Ricky Stenhouse Jr. would pilot the historic No. 17 Ford Fusion next year in the Sprint Cup Series, the 2011 NASCAR Nationwide champion will make his second Sprint Cup start of the 2012 season at Dover International Speedway this weekend. Earlier this season the Olive Branch, Miss. native made his debut in the famed Daytona 500 finishing 21st. He finished 11th in his Sprint Cup debut in 2011 in the Coca-Cola 600.

“I can’t think of a better track than Dover to make my second Cup start this year,” said Stenhouse. “The extra seat time is very valuable going into our first full-time Sprint Cup season next year. Cargill and Rancher’s Reserve jumped on board to sponsor both my Nationwide and Sprint Cup car. It would be awesome to get a solid finish in both races this weekend.”

The 2011 NASCAR Nationwide champion will pull the double-duty this weekend as he defends his title with six races remaining. The tight championship battle shows Stenhouse only four points out of the lead.

Rancher’s Reserve and Safeway will serve as the primary sponsors for both the No. 6 Ford Mustang and No. 6 Ford Fusion.

Stenhouse drove the Wood Bros. famed No. 21 Ford in his Sprint Cup debut in the 2011 Coca-Cola 600, playing to rave reviews after the solid 11th-place finish.