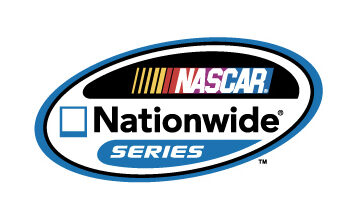 MOORESVILLE, N.C. (February 4, 2013) – Looking to improve on a successful first season, SR² Motorsports announced today it has expanded its role in the NASCAR Nationwide Series in its second year. The Buford, Ga.-based organization with its shop in Mooresville N.C. will field three full-time teams in 2013, including the newly-purchased Nationwide Series operation of MacDonald Motorsports. The attained new team includes cars, equipment and owner points of the former No. 81 team.

The team will continue to further its relationship with Toyota Racing Development and enter the No. 00 Camry and the No. 24 Camry. The third car number has yet to be selected. The company is also working to finalize its driver lineup for the season and will be announced, along with sponsors, soon. SR² will race with leased engines from Pro Motor Engines.

“We couldn’t be more thrilled about our expansion this season,” said Jason Sciavicco, co-owner of SR² Motorsports.”We came from a humble, yet strategic, start just one year ago. We started our season with one car and finished 12th in Daytona after qualifying on speed into the event. The rest of the season we took our time to grow and now we’re in the position today to announce a three-car operation in only our second season.”

In the team’s first year, SR² Motorsports entered the No. 24 and No. 00. The season was highlighted by various drivers giving the new team strong finishes and establishing its foundation in the Nationwide Series. At the end of the season, SR² Motorsports had accumulated five top-20s, three top-15s and a best start of ninth at Homestead in the season finale with Blake Koch behind the wheel. The team hopes to build off that momentum into 2013.

“At the end of the season we felt we could finally see our growth in our performance,” continued Sciavicco. “We feel that we have strong cars, tremendous support from Toyota and great people heading into 2013. As we finalize our drivers and partners, I think the capabilities are here for SR² Motorsports to be strong contenders each week.”

SR² Motorsports will begin its season on Saturday, Feb. 23, on ESPN at Daytona International Speedway.