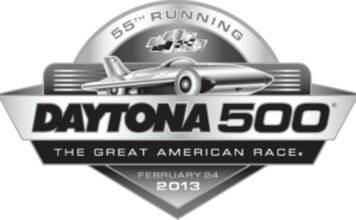 DAYTONA BEACH, Fla. – Mark Reuss, General Motors North America president, who was instrumental in bringing the new Chevrolet SS to NASCAR, will be the honorary pace car driver for the 55th annual Daytona 500 on Sunday, Feb. 24.

He will be behind the wheel of a 2014 production Chevrolet SS.

“Leading the Daytona 500 starting field to green driving a 2014 Chevrolet SS pace car on one of the most famous race tracks in the world will be a special honor for me,” Reuss said. “I can’t wait to drive across the start/finish line and on into Turn 1. I know it will be difficult to turn down onto pit road when it’s over because I will want to make that moment last as long as possible.”

“The Chevrolet brand was largely built on the strength of rear-drive performance sedans, yet it’s been 17 years since we’ve offered one,” Reuss said when the production car was unveiled at the track last weekend. “The all-new Chevrolet SS fills that void and fills it better than any other vehicle in the brand’s rich history. The comfort, convenience, spaciousness and V-8 power make the SS a total performance package unlike any other on the road today.”

The Chevrolet SS accelerates from 0 to 60 mph in about five seconds – making it one of the quickest sedans on the market.

The 2014 Chevrolet SS will be available in the fourth quarter of 2013, with prices set closer to the on-sale date.

This is the first time that Reuss has been an honorary pace car driver for a NASCAR race.

About Chevrolet
Founded in 1911 in Detroit, Chevrolet is now one of the world’s largest car brands, doing business in more than 140 countries and selling more than 4.5 million cars and trucks a year.  Chevrolet provides customers with fuel-efficient vehicles that feature spirited performance, expressive design, and high quality. More information on Chevrolet models can be found at www.chevrolet.com.

Daytona International Speedway is the home of “The Great American Race” – the DAYTONA 500. Though the season-opening NASCAR Sprint Cup event garners most of the attention – as well as the largest audience in motorsports – the approximately 500-acre motorsports complex boasts the most diverse schedule of racing on the globe, thus earning it the title of “World Center of Racing.” In addition to eight major weekends of racing activity, rarely a week goes by that the Speedway grounds are not used for events that include civic and social gatherings, car shows, photo shoots, production vehicle testing and police motorcycle training.

Tickets for all Budweiser Speedweeks at Daytona events are available online at www.daytonainternationalspeedway.com or by calling 1-800-PITSHOP. Fans can follow NASCAR on Twitter (@NASCAR) and stay up to speed on the latest news by using hashtags #NASCAR and #DAYTONA500 and #NASCARBattle.  In addition, fans can also stay connected with Daytona International Speedway on Twitter, Facebook, Google+ and Pinterest for all the latest news all season long.