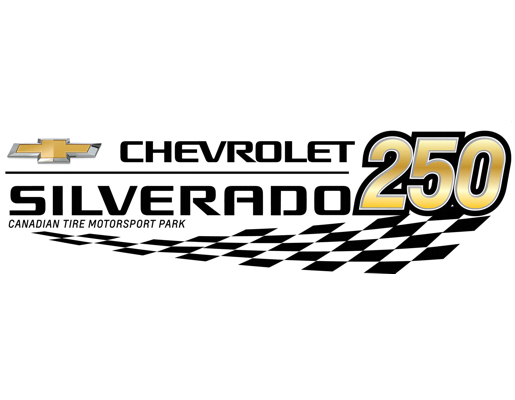 Sharp-Gallaher Racing Ready to Tackle Canadian Road CourseDenver, N.C. (August 26, 2013)-Sunday’s Chevrolet Silverado 250 will be a unique road-racing experience for Max Gresham and everyone else on the No. 8 Made in USA Brand (MIUSA) race team. Along with most of the field in the NASCAR Camping World Truck Series (NCWTS), very few teams can claim significant experience on road courses.

Gresham will be able to put a new notch on his belt this weekend, which will mark his first race appearance on a road course in the NASCAR Camping World Truck Series. Gresham has prepared for this weekend recently by holding a test session at Carolina Motorsports Park in Kershaw, S.C.

The trip to Canadian Tire Motorsports Park will mark the first time since 2000 the truck series has been on a road course. None of the drivers in that race at Watkins Glen International are entered in Sunday’s event, though series regular and veteran Ron Hornaday, Jr. has 14 starts on road courses with the NASCAR Camping World Truck Series.

“Making both left and right turns is something most of us have little real experience on,” Gresham said. “You definitely need to develop a rhythm on the course. Eventually, you fall back on your experiences driving on the freeway, but at really fast speeds. It’s a different way to race, but none of us are doing anything that’s unnatural.”

With the series headed to Bowmanville, Ontario, Canada, for the Chevrolet Silverado 250, Gresham, who has previous road-course experience from his time in the NASCAR K&N Pro Series East could use this Sunday as an opportunity to capitalize on that resume. In one start at Lime Rock Park, Gresham started 11th and finished third in the 2010 edition of the 66-lap event. He has also turned laps around the infield road course at the Atlanta Motor Speedway in an INEX U.S. Legends International car.

This summer has been milestone after milestone for the 20-year-old driver and Sharp-Gallaher Racing. First, the truck series raced on Tony Stewart’s half-mile dirt track on July 24. Now the series moves north of the border to face the challenges of track promoter Ron Fellows’ 2.459-mile, 10-turn course located 50 miles from Toronto.

“We learned a lot during our test at Kershaw and when I attended the Ron Fellows Performance Driving School is Las Vegas,” the Milner, Georgia native said. “But everyone else is in the same boat. We faced challenges at the dirt track and we came home with a top-10 finish. I know we can do the same with this challenge and I’m confident for a good run.”

To help everyone get up to speed for the Sunday event, NASCAR scheduled four practice sessions – two each on Friday and Saturday – before pole qualifying on Saturday afternoon.

“Believe me, if I can handle traffic in Atlanta during rush hour, I can adjust to road-course racing,” Gresham joked.
About  Sharp-Gallaher Racing

Established in 2013, Sharp-Gallaher Racing (www.SGRracing.com) was formed with the partnership between team owner Eddie Sharp Jr.  (Eddie Sharp Racing) and businessman Bill Gallaher. SGR is a championship-winning organization, claiming the 2009 ARCA Racing Series Championship title with driver Justin Lofton. In 2010, SGR began the transition into the NASCAR Camping World Truck Series, moving to full-time competition in 2011 and expanding as a multi-truck team in 2012. SGR earned its first victory in the team’s 36th Camping World Truck Series event. The 2013 lineup includes Max Gresham (No. 8 Chevrolet Silverado) and Justin Lofton (No. 6 Chevrolet Silverado) in the Camping World Truck Series, and Will Gallaher (No. 8 Chevrolet Impala) in the UARA Stars Series. Additionally, SGR continues to build its driver development program fielding various drivers in the ARCA Racing Series, the UARA STARS Series and other late model events across the southeast.

The number of Made In USA Brand accredited companies has grown to over 900 in just over a year.

Companies interested in securing the Made In USA Brand Certification Mark to label their products and marketing materials are encouraged to log on to www.MadeInUSABrand.com.

Race fans interested in pledging along with Max Gresham to look for and purchase made in USA manufactured goods can take the pledge for FREE at www.PledgeForUSA.com.