NASCAR and the Ripple Effect 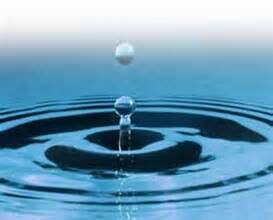 This past week has been unprecedented and historic for the sport of NASCAR, with the sanctioning body announcing the two major penalties, the first for Michael Waltrip Racing on Monday and then Friday announcing probation for Penske and Front Row Motorsports, as well as the historic placement of a thirteenth driver into the Chase, Jeff Gordon.

In spite of these machinations, twists and turns this past week, there has been one constant throughout, the ripple effect.

So, what is the ripple effect?

Mike Helton, NASCAR President, used the term ripple effect first by describing how the sanctioning body made the difficult decision on the Monday after the Richmond race to penalize Michael Waltrip Racing with a $300,000 fine, suspend MWR executive Ty Norris indefinitely, and replace MWR driver Martin Truex Jr. in the Chase with Ryan Newman.

“The way we go about these is we look at the incident and only the incident because we know from experience that if you try to look at the ripple effect of an incident, you can’t cover all those bases,” Helton said during the MWR penalty announcement.

One of the first ripple effects was the outrage expressed by driver Jeff Gordon, who was outside the Chase looking in by just one point behind due to the apparent shenanigans that took place both on the track and on pit road.

“Someone explain the ‘ripple effect’ to me,” Gordon, driver of the No. 24 Drive to End Hunger Chevrolet, tweeted after the race.

And just after the tweet, Jeff Gordon fans latched on and quickly echoed the sentiments that their driver had been a victim of the ripple effect, starting a social media movement of their own in reaction to their driver being denied an opportunity to run for the championship.

Gordon’s teammate Jimmie Johnson also joined in the discussion about the ripple effect, calling for NASCAR to adopt rules similar to the NFL, where play is halted and a review is made of any questionable play or call on the field.

“In my opinion, if there is a question they don’t know, they need to stop the race immediately,” Johnson, driver of the No. 48 Lowes Chevrolet, said. “Figure it out and made the best judgment they can because trying to go back on Monday or Tuesday to fix the situation is just too much and then I learn something about a ripple effect.”

While ripples ran rampant through the garage and the media center alike, the biggest ripple effect came from the fans who continued to be incensed about the actions on the track that they felt compromised the integrity of the sport.

The ripple effect continued throughout the week as the sanctioning body continued to investigate the events at Richmond, turning their attention to the team communication with Front Row Motorsports driver David Gilliland and the discussion to give a spot to Joey Logano late in the Richmond race.

This apparently assisted Logano, who finished 22nd in front of Gilliland, to move ahead of Gordon in the point standings, squeaking into Chase contention.

On both Wednesday and Thursday, NASCAR announced that they would not have any comment, however, Joey Logano addressed the media during his pre-Chase interview in Chicago.

“I am going to be 100 percent honest, I knew nothing about it,” Logano said. “That is stuff that happens week in and week out with spotters.”

“What I look at and say is that if we didn’t pass the 38 car, we were still in 10th in points and still got our bonus point so it has no change in the outcome of where we are right now.”

But the ripple effects did not stop and again NASCAR made a major announcement on Friday, September 13th that a 13th driver would be added to the Chase for the Championship.

In addition to NASCAR making the unprecedented decision Friday to add the four-time champion to the 2013 Chase for the Sprint Cup field, they also put the Penske Racing team of Joey Logano and Front Row Motorsports with David Gilliland on probation.

And the ripple effect continued.

“There were just too  many things that went on Saturday night that gave a clear disadvantage and what we deemed an unfair disadvantage to the 24 (Gordon),” Brian France, NASCAR Chairman and CEO said. “I have the authority to do that.”

“It’s been a rough week,” Gordon said after learning that he was back into championship contention. “I’m very appreciative to be in and I know it’s under the most unbelievable circumstances I’ve ever been in as part of my racing career.”

“I wish all of this hadn’t happened,” Gordon continued. “Now here we are as a 13th car and in and we just try to take that opportunity and make the most of it.”

While Gordon expressed his thoughts on how rough his week was, the ripple effect that extended to Martin Truex, Jr. was, however, the most devastating.

Truex, through no fault of his own, was ousted from the Chase due to the MWR penalties, said that all he did was ‘drive his heart out’ throughout the entire race at Richmond, only to be taken out of the chance to run for a championship.

“I’m not even sure what to say at this point to be honest with you,” Truex said. “I’m kind of at a loss for words.”

“They kick me out to make spot for somebody and then they don’t do the same for the other guys,” Truex continued. “It’s just unfair, and nothing I can do about it.”

Truex was not the only driver to experience the ripple effect of confusion stemming from the events of the week since Richmond. Hendrick Motorsports teammate and the sport’s most popular driver also weighed in with his thoughts on the events.

“I don’t know what is fair anymore,” Dale Earnhardt Jr. said. “You could have done it a million different ways and I don’t know that one is better than the other.”

“The whole thing is a mess.”

The most significant ripple effect has yet to be determined, however, as NASCAR announced that it will have a mandatory meeting with all of the drivers, crew chiefs and owners to further discuss these issues.

“And that will be what we will address.”

But will this be the end of the ripple effect that has been created throughout the sport of NASCAR as a result of these unfolding events?

Just as in the original penalties announced earlier in the week, there may be ripple effects that even the sanctioning body cannot even begin to predict or may not even have imagined.

And the biggest and most significant ripple effect that remains to be seen is the reaction by the sport’s fan base, who ultimately determine if their passion or thoughts about the integrity of the sport have been affected or diminished.

And the ripple effect goes on and on and on.