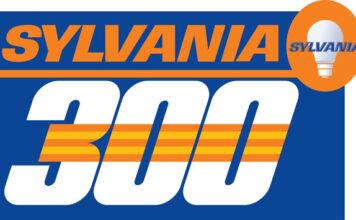 GREG BIFFLE – No. 16 3M Ford Fusion – “It was a miracle.  We didn’t pass anybody in the pits, we passed them all on the race track.  I feel really good about how far the team has come.  We had great pit stops, but we just got good at the end and our car really, really took off.  We were able to drive by those guys and get up to third.  We probably reeled in the 20 a full straightaway almost and the 18 – catching them – so it was the most fun I’ve had in a long time even though we finished third.  It was about to be good.  The 18 was gonna catch the 20 in the next few laps and I was probably gonna get to the 18s bumper, so it was a lot of fun.  I just wish it was the 325, instead of the 300.”

IF YOU HAD GOTTEN THERE WHAT WOULD HAVE HAPPENED?  “It would have been exciting.  We were three-wide and on the apron and doing everything earlier, so we want to try and win this championship.  We’re gonna race ‘em hard.”

BRAD KESELOWSKI – No. 2 Miller Lite Ford Fusion – YOU PASSED A LOT OF CARS TODAY.  HOW WOULD YOU DESCRIBE YOUR RACE?  “We had a really, really fast car and nothing to show for it.  That’s kind of been the story of 2013.”

WITH ABOUT 40 TO GO YOU REALLY MADE A STRONG MOVE ON THE OUTSIDE AND EVENTUALLY SLID BACK.  WHAT HAPPENED THERE?  “I got underneath the 88 and he turned down like I wasn’t there, so I gave him one of those Chase mulligans.”

JOEY LOGANO – No. 22 Shell/Pennzoil Ford Fusion – WHAT DO YOU THINK ABOUT TODAY’S RACE?  “This is Loudon for me.  It was nothing different.  It’s just such a tricky race track to get around.  At times we had a top seven or eighth-place car, and I think we did even at the end of the race, but we took four there at the end because when we took two earlier we were really slow.  So we thought we would be on the aggressive side instead of being on the defense side.  Anytime you’re on defense you have the chance of getting wrecked and we’d rather be aggressive and passing cars.  I didn’t have as good of a last restart as I needed.  I got passed by a couple and passed about three instead, so you had to be in the right lane on that last restart to get a few more and we probably could have finished in the top 10 today.  But it’s just so hard to pass.  It is the hardest race track in the world to pass.  It’s the most frustrating place I think I’ve ever been to, so I’m just glad to leave.”

IT LOOKS LIKE YOU GUYS ARE GOING TO BE REALLY AGGRESSIVE FROM HERE ON OUT.  IS THAT TRUE?  “Yeah, we’ve got to be offensive for sure and I think we can do it.  We’ll see as we go still, but with the 20 car winning two in a row kind of makes it really hard for us to win, but everyone is gonna have a bad race now and then.  We had a decent day today, nothing great and nothing to be happy about, but it was a better finish than last week at Chicago.”  DOES EVERYBODY FEAR THAT 20 CAR RIGHT NOW?  “Well, he won the first two, so we should be, but we’ve just got to keep our heads in the game and keep doing what this 22 team does and keep fighting forward.  If we just worry about our own team and not everybody else, we can make up some points.”

MARCOS AMBROSE – No. 9 DeWalt Ford Fusion – “I thought I won the race there I was driving so hard and finished 18th.  We’ve been battling consistency here over a run in the race and the good news is we were better today at the end than we were at the start, so we’ll just keep plugging away here and try to fix our woes.”

CARL EDWARDS – No. 99 Aflac Ford Fusion – “I’m pleasantly surprised.  Obviously, we want to be better than that, but we had one run where we got too loose and I went way back, but Jimmy made good calls and the guys did a good job with the car.  At the end, if there were another 100 laps in this thing, I think we could have been up there with Greg, so I was pretty proud of the effort.”

THE FACT THESE TRACKS HAVE BEEN A STRUGGLE IN THE PAST IT MUST FEEL GOOD TO COME OUT WITH A TOP-10 FINISH.  “Yeah, a top 10 and with Greg running well, that’s good.  That’s very positive and makes me a little excited about Martinsville.”  HOW DO YOU FEEL AFTER TWO RACES?  “We could have had a lot worse day.  Obviously, we want to be better than that, but that’s not bad.”

MATT PUCCIA, Crew Chief – No. 16 3M Ford Fusion – HOW DID YOUR DAY GO FROM A STRATEGY PERSPECTIVE?  “We weren’t where we needed to be to start the race.  We just kept working on it and getting it better and then got it to where we were close in the middle part of the race.  After that we just tried to get our track position back, so it was a good day for the 3M Fusion.  We just came up a little short there at the end.  I think we were a little faster than the 18 and the 20 there, but we ran out of time.  Who knows what would have happened if we had a few more laps, but we’ll take it.  This is a track we usually struggle at, but we’ve been working hard on our short track program, so we’ll take it and move on to Dover.”

WHAT DID YOU DO TO GET TRACK POSITION AT THE END?  “We knew we were trying to get a little bit off sequence there and take two tires, and the car really took off so we did it again.  Goodyear brought a great tire and we were able to do a little bit of pit strategy and it worked out.”

GREG MADE A BIG MOVE TO PASS TWO CARS IN ONE CORNER.  HOW DID THAT LOOK TO YOU?  “Greg did a heckuva job.  Those were all-star restarts there and I’m really proud of him and all of these guys after the weekend we had at Chicago.  They redeemed themselves with a good run today and I’m really proud of this whole team.  I’m looking forward to the next eight.”

GREG BIFFLE PRESS CONFERENCE – YOU’RE FIFTH IN POINTS, TALK ABOUT YOUR RACE.  “It was an up-and-down day for us.  We started out in the top 10 and then fell back a little bit on some restarts.  I got too tight on that long run and kind of got the bad luck of the draw on a restart or two, and then there at the end we just kept gaining positions.  I gained like four or five spots on a couple restarts in a row and got up into the top six and then on that final restart the outside lane really got going good.  We probably reeled in the 18 and the 20 by half a straightaway, maybe a little bit more there at the end, and the 18 was definitely catching the 20.  He was a tenth or two faster than the 20.  The 20 looked like he used his tires up and it was about to start to get exciting because Kyle was gonna catch him and it looked like I was gonna get up to him at about the same time, but it was a good run overall.  I’m excited about finishing third.  Our car was competitive and we’re happy about the whole weekend.”

CAN YOU TALK ABOUT MATT’S SUCCESS?  “I’m just happy for Matt, that he’s able to do what he’s doing.  I’m just gonna leave it at that.”

CAN YOU TALK ABOUT THE MOVE WHERE YOU DOVE DOWN AND MOVED UP TO THIRD?  “I probably don’t remember that right now, but I was doing all I could do to try and gain spots.  I was three-wide on the bottom and got that to work a couple times, and then the last bit of that the outside really worked well for me.  It’s so hard to get a run off the bottom.  The 48 was underneath me and he just couldn’t get the throttle down on the bottom.  The 48 was probably faster than me that first 15 laps.  He was all over my rear bumper, but he couldn’t really do anything and then after his tires leveled off I was able to drive away from him.  I came from something like 15th to third, so my car got really good.  When the sun went down and it cooled off my car picked up a lot of speed and it seemed like everyone else around me didn’t pick up as much speed as our car did, so it worked out.”

WHAT KIND OF THREAT DOES JGR POSE FOR THE TITLE AMONGST EVERYONE ELSE IN THE GARAGE AREA?  “I think that we all knew they were gonna be tough when the Chase came, certainly.  Let’s face it, they’ve had good cars forever.  Kyle mentioning he won eight races and Denny Hamlin making the Chase and making a run at the title and everybody thought he was the guy that was gonna beat everyone, and they’ve won a tremendous amount of races, so they do have fast cars.  That’s no doubt, and I won the first two Chase races before also and didn’t win the championship, so anything can happen.  But they have good momentum and they have good, fast cars.”

DO YOU FEEL YOU HAVE JIMMIE JOHNSON’S NUMBER WHEN IT COMES TO JUST THE TWO OF YOU BECAUSE THE BATTLE HERE AT THE END TODAY WHEN YOU HELD HIM OFF WAS SIMILAR TO MICHIGAN.  “No, I don’t think so.  I think we race really good together.  I’m sure he’s not happy right now with not being able to get by me and having what appeared to be a little faster car for that first 15 laps and then he faded.  Some guys cars run good at the beginning of the run and some guys run a little stronger at the end and my car seemed to do better at the end of the run, but we race well together.  We race each other pretty hard and clean and I enjoy that.”