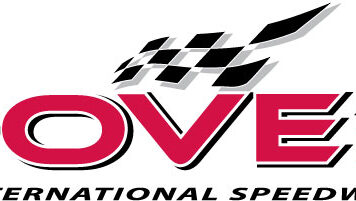 Although Boston has never competed at the “Monster Mile” he considers Dover his home track. Growing up less than two hours away in the suburbs of Baltimore, Maryland, Boston credits the legendary track as his inspiration to pursue stock car racing at the highest levels.

“It’s an amazing opportunity to come back and race so close to home. I consider Dover the birthplace of my stock car racing career. Up until I was a teenager I raced motocross fulltime and came here to watch a truck race with my family. The experience I had at the track (Dover) made me realize I needed to make the change from two-wheels to four. Since that day I knew racing cars was everything I wanted to do,” says Boston.

Boston began his racing career on a motorcycle at age 5. He competed nationally in motocross and earned over 300 victories before making the transition to stock car racing. Since discovering his true passion and desire to race cars, the motocross racer turned stock car driver has adapted quickly to his new surroundings.

After brief stints competing in the UARA and REV-Oil Pro Cup Series (2008-2011) Boston progressed to the ARCA Racing Series presented by Menards earlier this year for a full season effort driving for VMS. Boston, a true rookie in every sense of the term entered the 2013 ARCA season with less than 20 stock car events to his credit.

Showcasing his raw talent the 25-year old driver has proven he’s a force to be reckoned with behind the wheel.

Boston currently occupies the third spot in ARCA’s Championship point standings and owns the top spot in ARCA’s Scott Rookie Challenge (rookie of the year) accumulating (7) top-5 and (15) top-10 finishes with just one event remaining on the schedule, the Kansas Lottery 98.9 at Kansas Speedway on October 4th. The NASCAR K&N – Drive Sober 150 green flag will drop Friday, September 27 at 4:45 p.m. (Eastern). The race will be tape-delayed on FOX Sports 1 with an air date of Sunday, October 13 at 12:00 p.m.