Mason Mingus; Win-Tron Racing Looks To Kansas For A Change Of Luck 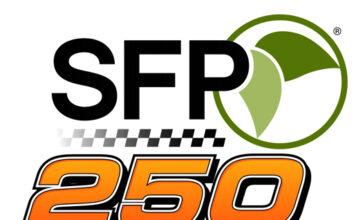 KANSAS CITY, Kansas (May 7, 2014) – – While Win-Tron Racing and NASCAR Camping World Truck Series Sunoco rookie of the year candidate Mason Mingus (@Mason_Mingus) have shown speed in the first two races of the season, they turn to Friday night’s SFP 250 at Kansas Speedway in hopes of a good finish.

Contending for top-10 finishes in both events thus far this season at Daytona (Fla.) International Speedway and Martinsville (Va.) Speedway respectively, untimely incidents unexpectedly halted the team’s effort. With those races in the rear-view mirror, Mingus is determined to rally in his No. 35 Call 811 Before You Dig Toyota Tundra at a place he’s familiar with.

“I’m excited for Kansas for a lot of reasons,” said Mingus, who made his Kansas Speedway debut last October in the ARCA Racing Series presented by Menards. “Anytime I get the chance to go to a track that I have seen before, it’s always a big help to me. On top of having been to Kansas Speedway before, I think we will have a very strong truck.”

The truck that the Brentwood, Tennessee native is referring, to is the one that he tested with in a closed non-sanction test at Charlotte (N.C.) Motor Speedway last month. Mingus and his Mark Rette-led team spent all afternoon and early evening adjusting their Toyota Tundra, not only to give their freshman driver a refresher on mile-and-half tracks, but the opportunity to dissect it in a truck and a new track.

“I tested this truck two weeks ago at Charlotte and was very happy with it,” Mingus explained. “I feel that I have adapted to the 1.5-mile tracks better in trucks than the ARCA cars. I really look forward to having the opportunity to show what Win-Tron Racing is capable of on the intermediate tracks Friday night.”

In the season-finale for the ARCA Racing Series presented by Menards last year, Mingus started 10th and utilized the Kansas Lottery 98.9 to secure his runner-up position in the championship standings by finishing ninth in the race-shortened race. His 18th top-10 in 21 races fell short of claiming the title away from 10-time ARCA champion Frank Kimmel, but it did open the door for Mingus to launch the next step of his career in the NASCAR Camping World Truck Series.

After nearly a five-week break, Mingus is ready for the NCWTS schedule to pick up the throttle and be on the track consistently entering the summer stretch.

“Having downtime has its benefits, but for a team of racers, that’s all we want to do is race,” sounded Mingus. “We’re anxious for the pace to pick up with the schedule, but the break has allowed us to focus on a lot of the fundamentals in the shop like testing, building trucks and sponsorship obligations. But, I’m definitely ready for the months ahead and stoked to get to Kansas.

“A top-10 is what we’re aiming for and in my eyes, there’s no reason why we can’t accomplish that knowing what we learned then and what we know now.”

“We’ve been fast, but unfortunately haven’t had the finishes to show for it,” he said. “Kansas is a perfect place to change our season around and give us some momentum to carry into the upcoming stretch. Mason’s been to Kansas before, so he’s familiar with the track’s characteristics, plus his ability to adapt quickly to a cookie-cutter track in a truck like he did at Charlotte has us all thinking positive for Friday night.”

Mingus’s No. 35 Call 811 Before You Dig Toyota Tundra is chassis No. 216, which also turned laps in the 2013 NCWTS season-finale at Homestead-Miami (Fla.) Speedway. Mingus was on his way to his first-career top-10 finish, before a last lap incident resulted in a 25th place finish.

The SFP 250 is the third of 22 races on the 2014 NASCAR Camping World Truck Series schedule. The event will be televised live on FOX Sports 1 on Fridaynight, May 9 beginning at 7:00 p.m. The green flag is scheduled to drop shortly after 7:30 p.m. All times Central.

Learn about Call 811 Before You Dig and what it can do for you by connecting to call811.com.

Located in Mooresville, North Carolina, Win-Tron Racing (Win-TronRacing.com / @WinTronRacing) is the home of one the most potent ARCA Racing Series presented by Menards single-car operations. Owned by former racers Kevin Cywinski and Nate Thiesse, the team since has acquired the assets of County Joe Racing, becoming a favorable fixture on the circuit. Since Win-Tron Racing’s inception in 2007, the team has hosted a variety of drivers including leading drivers James Buescher, Blake Bjorklund, Justin Marks, Matt Merrell and Brandon McReynolds to their first career ARCA victories. In 2014, the team will begin its eighth year of competition with a full-time presence in the ARCA Racing Series presented by Menards and the NASCAR Camping World Truck Series.