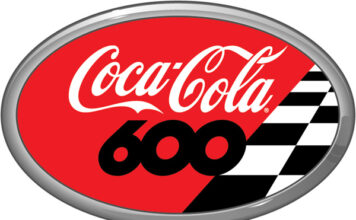 Come Sunday, Kurt Busch will join John Andretti, Robby Gordon and his boss Tony Stewart as the only NASCAR drivers to complete the Indianapolis 500 and the Coca-Cola 600 on the same day. Kurt Busch will start the 98th running of the Indianapolis 500 from the 12th position. Busch’s attempt has enraptured the entire motorsports community. There is a reason why the double has not been attempted since 2004; however, Kurt Busch does not care.

Inside and outside of the NASCAR community, Kurt Busch has gained a tremendous amount of respect. Busch serves as a spokesman for the Armed Forces Foundation, when he is not driving in NASCAR’s top circuit. Busch has been dearly involved with the AFF’s efforts and dedicates each race during the season to a service member that has been killed in action or to a member that suffers from an invisible wound such as post-traumatic stress disorder (PTSD). As the son of a Marine and the grandson of a fallen World War II veteran, Busch has earned my respect.

What can we expect from Kurt Busch in the Indianapolis 500? First, Busch has much to learn. During practice for the 500 on May 22, Busch broke loose and smacked the turn two wall, hitting the SAFER barrier. Flames erupted from behind the No. 26 Honda as it came to rest in the grass at the exit of the turn. Veteran open-wheel drivers like Josef Newgarden and Juan Pablo Montoya, blamed the wreck on Busch’s NASCAR instincts. The car broke loose, but both drivers agreed that Busch tried to save the car like he would in a stock car. It is entirely different in IndyCar.

Finishing the race would be monumental for Kurt Busch, considering the fact that it has been 12 years since a driver attempting the double has finished the race. Busch conceded to the media that pulling off the double would require a prodigious amount of self-preservation. Given what some consider Kurt Busch’s reckless driving style, many people doubted he would even attempt such a feat. However, Busch is here to silence the critics. Even if he wrecks in the 500, he will have attempted a feat that most drivers would never give a second thought.

Once Busch is done with the Indianapolis 500, the 2004 Cup Series Champion, will head to Charlotte, searching for his second Coca-Cola 600 win. In 2010, Chip Ganassi had a shot to win the Daytona 500, Coca-Cola 600 and Indianapolis 500 all in the same year, but it was Busch who denied Ganassi a shot at history. It is a feat that is certainly rare and the chance may not come again for a while.

Many people do not see Jamie McMurray as a favorite this weekend at Charlotte Motor Speedway, but why not? When McMurray was subbing for the injured Sterling Marlin in 2002, McMurray won in just his second career start, holding off Bobby Labonte, Tony Stewart and Jeff Gordon among other drivers. McMurray won at Charlotte in the fall of 2010, redemption after coming up short in the 600 earlier in the year. Just this past weekend, McMurray won a million dollars, passing Kevin Harvick on lap 81, and never looking back as he won the Sprint All-Star race. Expect McMurray to be the dark horse for this race. McMurray is an underdog, but he is not one to be doubted.

The season has not even reached the halfway mark , but Joey Logano is showing promise as a championship contender. Logano has been strong, especially at the 1.5 mile tracks. In addition, he has won multiple races this season (Texas and Richmond) for the first time in his Cup career. Logano was also dominant at Texas. I have no reason to doubt Joey Logano. For that reason, I am picking Joey Logano to score his first major victory, becoming the first three-time winner in the Sprint Cup Series this season.

Ryan O'Harahttp://www.twitter.com/RyanPrakOHara
Ryan O'Hara is the Senior Writer of FightNights.com and is recognized as one of the top boxing writers in America. He is also a former Fox News Radio news anchor and TV Producer for several networks. O'Hara graduated with his Masters in Human Security in 2017 with a 3.7 GPA and also obtained his Bachelor's Degree in 2015 in Global Security & Intelligence Studies -- all from Embry-Riddle Aeronautical University in Prescott, Arizona. O'Hara is also a former college ice hockey player and skates in his free time. Follow him @OHaraSports on Twitter!
Previous articleKyle Busch Unfulfilled With Outcome in Charlotte
Next articleMartin Truex Jr. and Kurt Busch – A comparison