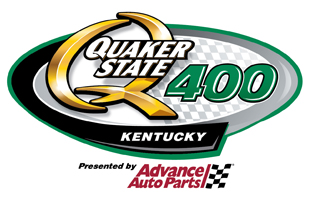 o   Success at the 1.5-mile Kentucky Speedway has eluded Biffle in the Cup series.  Just 49 laps into last season’s race at Kentucky, Biffle was collected in an accident, but the team fixed the damage and salvaged a 34th-place finish.

o   Biffle has fallen just short of a win in the Nationwide Series at Kentucky, finishing second three times in a row.

o   Biffle won in 2000 in his only Truck Series start at Kentucky.

o   3M’s ACE Brand is bringing Wayne, their “Everyday Champion”, to the track this weekend in Kentucky as an honorary crew member of the No. 16.  Wayne is a machinist who has elbow pain and benefits from ACE’s adjustable elbow support.  Meet Wayne.

o   Don’t forget to cast your vote for which 3M throwback logo you’d like to see featured on the No. 16 in Pocono.  Visit http://s.3m.com/v3pw to vote and follow 3M Racing on Twitter and Facebook for more information.

“I’ve excited about the Kentucky race for a few reasons.  I love night races and we’ve got ACE Bandages on the car and the black car will look really good under the lights Saturday night.  Kentucky has been a tough track for us, but I have a lot of success there in Truck and Nationwide.  We’re hoping for a good run Saturday night.”

“We’ve been working hard on our intermediate program.  We got to test Indy last week and hopefully learned a few things that will help us this weekend.  Kentucky has been a track we’ve had decent success at on different levels.  We are looking forward to Kentucky with ACE this weekend and putting on a good show for them.”