CHEVY NSCS AT DOVER ONE: Post Race Notes and Quotes 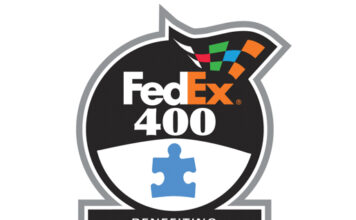 THE CALL TO STAY OUT WITH OLD TIRES AND THREE DIFFERENT RESTARTS, HOW DID YOU HOLD THOSE GUYS OFF WITH NEW TIRES BEHIND YOU?

“Gosh, just driving hard and working that track bar adjuster as much as I could. I was trying to be smart with my line and I guess guys on two tires weren’t all that fast. Chad (Knaus, crew chief) said something to be about that on the radio and they never really came, you know? The No. 4 (Kevin Harvick) and I did just fine on old tires and held those guys off. It was a long-fought day. I’m so proud of this Lowe’s race team. A big shout out to those Pro Services members at Lowe’s and everyone at Chevrolet; and Valvoline, and the fans and my fans. It was just an awesome day here at the race track. The grandstands are full. Thank you, Sprint. And we’re going to enjoy this.”

YOU ARE A 10-TIME WINNER HERE NOW AT DOVER. TODAY WAS ABOUT 90 DEGREES. THE HUMIDITY WAS OFF THE CHARTS. HOW KEY IS YOUR CONDITIONING IN PERFORMANCES LIKE THIS AND YOUR SUCCESS AT THIS RACE TRACK?

“It certainly plays a role. I don’t doubt that at all. It helps me learn about my hydration and nutrition and getting ready. I rode 52 yesterday; I’m not sure that was the smartest thing to do, but I know what I’m capable of and felt just fine doing it. And, I’ve got a great rhythm. I’ve got great support at home. I want to thank Chani; I wish she were here. And ‘hi’, to my little girls sitting on the couch, watching. I’ll be there soon and can’t wait to see them.”

WHAT AN AWESOME PERFORMANCE:
“Insane.  What a long hard fought day to get to the front.  It seemed like four or five of us could run the same speed and just couldn’t really pass.  We did a great job of hanging in there.  My pit stops were awesome.  We kind of took a chance on pit sequence to pick off a couple of spots to get us from fifth to third, third to a shot for the win.  Then that last set of tires I was running (Kevin) Harvick down and we ended up staying on them and his car didn’t look as strong as it was early in the day and we were able to take advantage of it.”

WHAT DID YOU THINK WHEN THE CAUTION WAIVED WITH TWO TO GO?
“Really guys we are this close and you had to tear your stuff up?  I know it’s racing and it happens, but on the restart Kasey (Kahne) were busy spinning and the No. 4 car rallied me from behind.  I’m thankful he hit that hard because it allowed me to click it in third (gear) and keep on going.”

YOU GOT INTO THAT CORNER A WHOLE LOT HARDER THAN MAYBE YOU ANTICIPATED?
“I went across the start/finish much faster than I thought I was going to.  It worked great because it got me past the No. 5 (Kasey Kahne) a little hairy, but that is what you have to do at the end.  It’s so tough being on the front row trying to abide by the rules and then the guys behind you can leave a little gap and roll up on you. Thankfully the No. 4 car pushed me just right and helped me out.”

YOU LOVE IT HERE DON’T YOU?
“I do, but there is some weird pressure that comes with it.  Yesterday, even in qualifying we ended up 14th and we weren’t happy with that.  The track acted a lot different with this tire and it took us through the second practice yesterday to understand what we going on and really identify with it through the night.  My car was really strong all day long. Just thankful my engineers and Chad (Knaus, crew chief) they mentally stayed in the game and got the job done.”

“We just struggled at the end of the race on restarts, really all day on the restarts.  Once the track bar broke, we were pretty much in a box and just kind of had to hold on for the first 25 laps and if we weren’t in the front then we struggled to just maintain what we had.  All in all, everybody did a great job, and I think when you look at Dover it’s been a good racetrack for us.  We’ve led laps and just haven’t quite finished it yet, but a good, solid day.”

HOW HOT WAS IT AND HOW TOUGH WAS YOUR RACE TODAY?
“It was a pretty hot day, maybe not the hottest, but any day is kind of hot in a stock car.  Really good run for us, first top three of the year, first real kind of solid finish of the year.  Proud of my guys for the job they did to rebound from last week to bring a better car to the racetrack.  That was just a nice solid day. We ran in the top 10 for most of it. We got off there at the midpoint of the race and got back going decent.  Just caught the right lines it seemed like most of those last restarts.  Happy with the finish and we will go to Pocono next week, a track I enjoy and hopefully we can do well there too.”

WHAT A RECOVERY YOU GUYS MADE RUNNING FOR THE WIN AT THE END OF THE DAY TELL US ABOUT YOUR AFTERNOON:
“We started back because we didn’t qualify good.  But we went forward all day.  We had a good day.  Started 25th and drove forward throughout the whole race.  We got to 12th/13th and kind of stood there for a little while and Keith (Rodden, crew chief) found a way to get us track position there at the end.  I was able to get to second on the outside on the restart and basically the guy in fourth got to second on the outside on the final start and I ended up fourth.  It was kind of just the way it goes late in the race on old tires, but we did all we could.  We had a pretty good run in Farmers Insurance Chevrolet.  The guys did a good job throughout the whole race, pit stops, everything about it was good.  We just came up fourth.”

ON THE ISSUE WITH MARTIN TRUEX, JR

“He was back behind me to get a run on me, obviously; the spotter said I was clear, so I just went to the bottom getting into (Turn) 1. I think he was a little upset. He gave me a bump after the race. But I don’t know. I didn’t really know what else to do other than to go there with guys on my outside, and stuff.

“But we had a pretty good car. We made good adjustments. The guys did a nice job. I wanted more. It’s cool that Hendrick Motorsports won. We had a nice package, but just didn’t pull it off.”

THE THIRD STRAIGHT RACE IN THIS CAR AND YOU HAVE LED THE MOST LAPS. BUT, HOW DID THE NO. 5’s (KASEY KAHNE) HICCUP ON THAT RESTART AFFECT THE REST OF YOUR RUN?

“Well, it wasn’t so much his hiccup, it was inside him and he ran me down on the apron. So, I either had to let off or wreck all of us. We had a good car today but it was never right. We were never right yesterday all through practice. We made some changes today and we made some gains on it, but never really got it where we needed it. Clean air was huge. When we were out front, we were okay. It just never turned good all day long. It just eventually caught up to us.”
JAMIE MCMURRAY, NO. 1 MCDONALD’S/CESSNA CHEVROLET SS – FINISHED 7TH

ON HIS DAY:
“We got off on the next to last run and got a long ways off, just got really loose.  So the cautions at the end really helped us.  We got the lucky dog and yeah, had about a 12th place car and finished seventh so it was a really good day.”

ON HIS DAY:
“Good day, we made some really good adjustments.  We were pretty tight all day long and kept making adjustments to help that.  It really helped it where I needed it.  I could make my in-car adjustments to help it where that didn’t hit it.  Overall a good day.  We just haven’t been finishing where we have been running.  To come away from Dover with a top 10, we should have been top five, but our lane just didn’t go at the end.”

ON HIS DAY:
“Yeah, it kind of seems to be our regular finishes and performances.  We just aren’t good enough to be further up there.  We have some work to do.  We fought hard today that is for sure.  I like the fight, but we have to get better than that.”

“I’m proud of our GoDaddy Chevrolet team. We all stuck together and dug deep. It was a challenging race, but we made the most out of each situation. We have a ways to go but everyone on our crew did a good job. We had good pit stops and made strides through the race. We win or lose as a team and this was a total team effort. I’m confident we can build on this heading into the next few races.”

“We were in position for a top-10 finish. I was racing the 27 for position when that happened in front of us. I had him on my outside so I wasn’t able to get to the wall. I saw him turn, and I knew I wouldn’t be able to avoid him. It’s frustrating when something like that happens and it ruins your day. We’ll focus on the positive, we were going to have a top-10 finish. I’m proud of the guys on this Haas Automation team, they kept adjusting on the racecar all day. We didn’t get the finish we deserved, but we’ll have notes to build off when we come back here in the fall.”