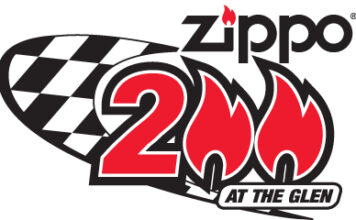 Larson on the anniversary of his first sprint car win: “Won my first sprint car race on this day in 2007 @pvllspeedway. Was slick to a huge cushion. Passed my buddy @MasonMooreRacin with 4 to go”

LARSON READY TO TAKE ON “THE GLEN”

This weekend, Kyle Larson returns to make his seventh XFINITY Series start of the season, and his third series start at Watkins Glen International. In two previous starts at the legendary 2.45-mile road course, Larson has an average starting position of 14.0 and average finishing position of 22.5. He also has one Sprint Cup Series start at the track, finishing fourth there last August. Three of the next four XFINITY Series races will take place on road courses (WGI on August 8, Mid-Ohio Sports Car Course on August 15 and Road America on August 29).

Procter & Gamble and their brand Crest, a trusted leader in oral health care, will partner with Larson for two XFINITY Series races, this weekend at WGI and the season finale at Homestead-Miami Speedway in November. Crest was the first oral care brand to secure the ADA Seal of Acceptance for a clinically proven fluoride toothpaste. Since first introducing fluoride toothpaste 54 years ago, it is estimated that Crest has helped prevent more than half a billion cavities in the United States.

Larson will carry the Chevrolet on-board camera for Saturday’s 200-mile race. Tune into NBC Sports Network for all the action from the Zippo 200.

While Larson is driving the Crest Chevrolet Camaro this weekend, Brennan Poole was behind the wheel of the DC Solar Chevrolet Camaro last week in Iowa. Poole started 14th in a race that saw five cautions in the final 50 laps, including three green/white/checkered restarts. While running in the top 10 on the second green/white/checkered restart, Poole was involved in a spin that forced him to start 17th on the final restart. Gaining several positions before the checkered flag flew, Poole earned his eighth top-15 finish of the 2015 XFINITY Series season

“I am looking forward to racing at Watkins Glen this weekend. I enjoy the challenge that goes along with road course racing. I am also really excited to partner with Crest. I have used their products since I was a kid, so to represent the brand is pretty cool.”

“Watkins Glen is a challenging track. Races tend to have long green-flag runs with very few cautions. Fuel mileage will be important since the pace of the race is really fast. The most important things for the driver is to keep the car on the track and not use up the brakes.”

A trusted leader in oral health, Crest was the first oral care brand to secure the ADA Seal of Acceptance for a clinically proven fluoride toothpaste. Since first introducing fluoride toothpaste 54 years ago, it is estimated that Crest has helped prevent more than half a billion cavities in the United States. Headquartered in Cincinnati, OH, Crest is owned and distributed by The Procter & Gamble Company.

HScott Motorsports, which was established in 1989 as Phoenix Racing, is owned and operated by Harry Scott Jr. and competes in the NASCAR Sprint Cup Series with technical support from Hendrick Motorsports.  The team competes full time in the NASCAR Sprint Cup Series with Justin Allgaier driving the No. 51 BRANDT Chevrolet and Michael Annett driving the Pilot Flying J Chevrolet. Scott also owns HScott Motorsports with Chip Ganassi, which fields the No. 42 Camaro in the NASCAR XFINITY Series, and is the co-owner of HScott Motorsports with Justin Marks, which fields five entries in the NASCAR K&N Pro Series East. His vision is to build a championship contender by developing talented young drivers, partnering with dedicated sponsors and competing hard every week. For more information, visit www.hscottmotorsports.com.