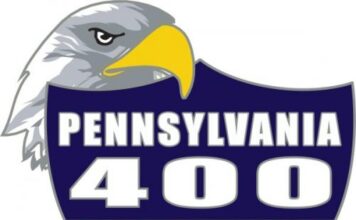 MARTIN TRUEX, JR., No. 78 Furniture Row Toyota Camry, Furniture Row Racing
Starting Position: 1st
Are you feeling good starting in the pole position on Sunday?
“Yeah, absolutely. Feeling great. It’s exciting for us you know anytime you win anything in this series it’s a big deal. Getting a pole today is awesome. We had a game plan coming here that we felt like we needed to qualify well to have a shot at winning on Sunday and we were able to do so today was a success. I’ve got a lot of people to thank. Obviously Furniture Row, everybody at Toyota and TRD (Toyota Racing Development) for the engines and the guys back in Denver, everybody at JGR (Joe Gibbs Racing) on the chassis side and aero side and all of that stuff. So, it’s a good team effort. The guys did a good job of making the right adjustments today and it was a lot of fun out there.”

How confident were you that you could sit on the pole today?
“I knew we had a shot at it. You never know what guys are going to come up with. We knew we were going to have to pick up each round. We felt like we knew the trend of the balance of the car and the adjustments that we were going to make. It’s just once you kind of get that you kind of figure out what you need to do, which way you need to go. It’s like, ‘Okay, how much do we go?’ And, so you work through that with your crew chief and your engineer. Cole (Pearn, crew chief) and Jazzy (Jeff Curtis, engineer) did a good job of hitting it right, doing the right things and I adjusted my driving style a little bit each round to compliment the changes and at the end we put it all together. It’s definitely a good day. It’s pretty cool we’ve got three poles this year and hopefully more to look forward to.”

Have you had meetings to go over quality control that has helped your team?
“Yeah, absolutely. I think every part and piece is looked at and certainly with some of the crazy things that have happened to us even though you can say, ‘Yeah, well they’re bad luck and this never happens,’ I think the guys have done a good job of doing that of going back and making sure it doesn’t happen again. I think somebody joked with Cole (Pearn) after the race in New Hampshire and said, ‘Man, you guys must have the longest checklist in the garage before a race.’ We’ve had some crazy things happen for sure. The shifter at New Hampshire was one of them. Something we’d never seen before on parts that we’ve run the past few years so that was odd. But, yeah, I think anytime you have failures or you have weird things happen you have to get to the bottom of it. You can’t just write it off to bad luck and I think our guys have done a good job of that. With that being said, I still think we’ve had more problems than a lot of people and I don’t really know what to attribute that to but I think our guys are doing a good job of making sure it won’t happen twice at least.”

Did you pick up time in the tunnel turn and did you make special emphasis on that one corner?
“No, we really didn’t. It just kind of worked out that for whatever reason today all day long I felt really comfortable there more so than past times here especially the first race here where we really struggled in the tunnel turn and kind of focused on it a little bit coming back as far as just making sure it was closer to Turn 1 and Turn 3 and not something that would really handcuff us so bad. So, maybe that had something to do with it, I’m not sure. No, just kind of worked out that way for some reason and each round I just felt a little more comfortable and I was able to gain a little bit more time there. In the third round I was able to just kind of bail off in there and get a little bit lucky and hit it right. It’s one of those corners that if you take a risk going in nine out of 10 times it doesn’t pay off coming out of the corner and this time it did and we were able to take advantage of it.”

How do you feel going into Sunday’s race?
“I feel great. This is the kind of track where everything comes into play just like Indy last week. Horsepower, aero, mechanical grip, handling, I mean everything comes into play at a track like this where the straightaway speeds are high, the banking is low in the corners and you need a lot of downforce. These are just really challenging type of race tracks to get good at and to be fast on and certainly we’ve had really good speed this year. We kind of stubbed our foot here in June with only getting one lap of practice before qualifying and qualifying poorly and then getting in a wreck on pit road on the first pit stop we really didn’t get to show what we had. I felt like we had a really good race car then. That’s really why we concentrated on qualifying and just really tried to make sure we came here and qualified well and we did that. I’m proud of everybody for their effort today and for having a good game plan and sticking to it and just being prepared.”

Can you confirm that this is the car you ran at Charlotte?
“Somebody mentioned that it was after qualifying so I think it is and I can’t recall, I don’t think we’ve run it anywhere else. It’s funny, people ask that – this car, that car – these cars these days I don’t think it really matters. They’re built identical to each other. I can get in five different race cars in five weeks and not tell you which one is which. Yeah, it is and maybe it has a little magic in it. We’ll find out come Sunday I suppose if we can lead almost every lap. We’ll see what happens.”

Is it frustrating for the drivers when the car is not through tech as qualifying begins?
“I think it depends on the timing. For me, I don’t really care. When it’s ready I’ll get in it and go. We have a 20 minute session – as long as it’s close. If you’re getting halfway through session one and there’s 10 minutes left and you’re not ready to get in yet yeah, you’re going to start getting nervous. But, I think with the time that we have in round one as long as you can get out there sometime in the first 10 minutes I think I’d be okay with that. I didn’t really get too nervous but I can see where some guys get frustrated but it doesn’t seem to bother me much.”

Were you out on the track when Carl Edwards finished and did you know he ran a good time?
“There was probably four, maybe five cars between us. He (Carl Edwards) rolled off pit road before I did. I was kind of the last car that first little wave that went out as soon as they dropped the green for Q3. So, no, I didn’t know what he ran. I was on my lap. Obviously they don’t talk to me while I’m on my lap and so I didn’t know what anybody else ran. I knew I was on a decent lap and then the time popped up and I was like, ‘That was a good one.’ I felt pretty good about it then. You just never know. Like I said, you go out there, you put your head down and you drive the thing as hard as it will let you and hope it’s good enough and today it was.”

CARL EDWARDS, No. 19 Stanley Toyota Camry, Joe Gibbs Racing
Starting Position: 2nd
How was your qualifying run?
“I guess the thing I’m most grateful for about the lap is coming across the line I had the urge because it was such a good lap to say something on the radio like, ‘That’s it. That’s the pole.’ I’ve got to brag a little bit but it wasn’t good enough so I’m glad I didn’t say that. My lap was awesome and Martin’s (Truex Jr.) lap was spectacular so congrats to them. We have a very fast race car and all three rounds went really well and I’m really looking forward to the race. It will be a good spot for us, but yeah he (Martin) – that must have felt really good because mine was great.”

Do you feel like you could’ve run a better lap?
“Well, as I crossed the line like I said I felt like that’s it, that’s it. But after seeing what he (Martin Truex Jr.) ran I thought maybe I can go back and change this or that. That was a really good lap for me. It just was. You can always go back and pick your lap apart but the last two weeks, Indy and here, I was pretty proud of my lap and they just got it. Hopefully we can turn this into a little bit better race than last week.”

Do you think the Toyotas have found something they can carry over to Sunday’s race?
“I hope so. There’s been a lot of talk about how well we’re running lately and a lot of speculation about what it is but from my perspective we really just have a great situation right now the way the team works together, the way everyone on the pulls in the same direction. It’s a really neat time to be driving a Toyota for Joe Gibbs. And, yeah, hopefully we can keep this rolling. We know that it’s a precarious position to be this fast and we’ve just got to keep doing what we’re doing and keep working well and keep focusing and hopefully we can win at bunch of these tracks coming up.”

What are your expectations going into Watkins Glen next weekend on the new pavement?
“I had the opportunity to go and test there right after it was paved and it’s going to be fast. It’s very smooth but I also felt like I did get sideways a couple times and it wasn’t as treacherous as I thought it was going to be as fresh as that pavement was. That place is always fun. I really enjoy the road courses. I think it’s a really good race and yeah, look forward to going to Watkins Glen. That’s one of those races it can turn out so many different ways depending on everything that happens so hopefully it’s a good race.”

KYLE BUSCH, No. 18 M&M’s 75th Anniversary Toyota Camry, Joe Gibbs Racing
Starting Position: 16th
How much speed do you feel you needed to sacrifice to get your race car back in compliance?
“We just got LIS’ed today so the guys will press control alt delete on that tonight I’m sure. We’ll put everything back together the way it was before going through qualifying and we’ll be fine tomorrow and we’ll have speed to race.”