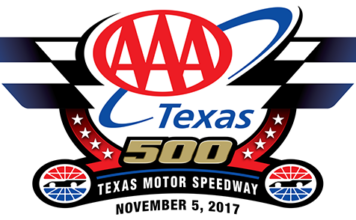 Martinsville Recap: Denny Hamlin finished seventh in Sunday’s race at Martinsville Speedway, overcoming a mid-race pit road speeding penalty and overtime restart to collect his 20th top-10 finish of the 2017 NASCAR season in the #11 FedEx at Walgreens Toyota. During the final 240-lap Stage of Sunday’s 500-lap race, six cautions appeared which ultimately led to a thrilling dash to the finish as Hamlin and the remaining Playoffs drivers battled for the win and one of four guaranteed spots in the Championship 4. Hamlin lined up third for a restart with only six laps to go, making a bold move to quickly take over second behind Chase Elliott. Hamlin challenged Elliott for the lead, and as he looked to get the advantage rolling into the corner, the two made contact in Turn 1 sending Elliott spinning up the track. The caution from that incident led to an overtime restart with Hamlin leading the field to the green flag. Despite his best effort to thwart off pressure from his teammate Kyle Busch, Hamlin got loose after a quick bump with (Kyle) Busch, forcing him up the track. It appeared Hamlin would finish fourth, but a heated battled off turn 4 on the final lap got Hamlin loose once again, setting off a chain reaction and a multi-car pileup that had Hamlin sliding to the checkers and relegating him to a seventh-place finish. Following Sunday’s race, Hamlin drops two positions in the NASCAR Playoffs points standings to seventh, eight points below the cut-off line to the “Championship 4.”

Texas Preview: The Series heads to the ‘Lone Star State’ for the second race in the NASCAR Playoffs Round of 8 around the 1.5-mile Texas Motor Speedway. In 23 starts at Texas, Hamlin has collected two wins and five top-five and 11 top-10 finishes. During the Series’ last Playoffs visit to the 1.5 oval, Hamlin finished ninth in the rain-shortened event. Hamlin is one-top five finish away from tying his career-best 15 top-five finishes in a single season (2009).

With only two races remaining until the final NASCAR Playoffs cut-off race, what’s your strategy heading into Texas?

“Our number one goal continues to be to win. At this point, that’s our only guaranteed shot of making it into the Championship Four at Miami. We have had success in the past at Texas, and hopefully we can repeat that this weekend.”