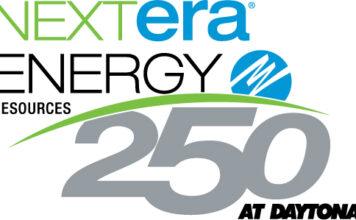 A multi-truck wreck on the first lap of the 2017 NASCAR Camping World Truck Series race at Daytona took Cindric out of the race in his only previous start at the 2.5-mile superspeedway.  He’s competed in numerous sports car races at the track, highlighted by a sixth-place overall finish in the Rolex 24 at Daytona just a couple of weeks ago.

Cindric earned his first career victory in the NASCAR Camping World Truck Series while competing in his first full season with the Series.  Cindric claimed the pole position at Canadian Tire Motorsport Park and led a total of 50 laps on his way to capture the checkered flag.  In addition to the win, Cindric closed out 2017 with eight top-five and 16 top-10 finishes all while finishing third in the series point standings after qualifying for the Championship 4 at Homestead-Miami Speedway.

Cindric on Kicking off the 2018 Season in the No. 60 Ford at Daytona

“The program that has been put in place on the No. 60 car is something truly unique and exciting, and it’s an honor to be the one behind the wheel at Daytona to kick it off. Mike Kelley and the team have all worked hard in the off season to give Chase, Ty and myself the best chance possible to contend for wins and an NXS Owners Championship for Roush Fenway Racing. I look forward to our first weekend together and what’s to come this season.”

PIRTEK is the fluid power system leader in sales and service and the only brand of its kind in franchising in the United States. PIRTEK boasts more than 400 Service & Supply Centers in 23 countries around the world, and has more than 30 years of experience in the hydraulic and industrial hose replacement field. Powered by an industry-leading approach to sales and service and backed by a corporate center passionate about its franchisees and customers, PIRTEK offers unmatched service and logistics. For more information visit www.pirtekusa.com.

Austin Cindric will make an appearance at the Ford Performance Display in the mid-way at Daytona International Speedway on Saturday, February 17th at 12pm for a question and answer session.