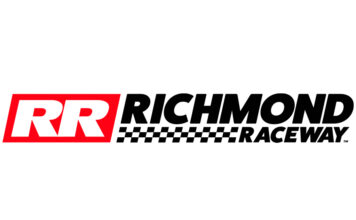 The Perfect Pairing… Toyota and Richmond Raceway will enjoy their sixth-consecutive year of a partnership where the manufacturer sponsors both the Monster Energy NASCAR Cup Series (MENCS) race with the Toyota Owners 400 and the NASCAR Xfinity Series (NXS) with the ToyotaCare 250. Toyota’s dedication to this partnership is as strong as ever with more than 18 activation activities and spaces for fans and Toyota owners, including Toyota PitPass, Toyota Owners Hub, Toyota Thrill Ride, Toyota Owners Parking and Toyota Owners Express Lanes. In addition to collaborating with Richmond for the Toyota Owners 400 race weekend, Toyota is a presenting sponsor of Denny Hamlin’s Short-Track Showdown at Langley Speedway, where Camry Cup drivers Hamlin and Kyle Busch will compete on Thursday, April 19.

Double Trouble Racing Into Richmond… In addition to battling on the track, Camry drivers Busch and Hamlin have a side battle at Richmond to determine who is the best at the Virginia track. Busch leads active MENCS drivers in wins (four) and top-five finishes (15) in 25 career starts at the 0.75-mile track. Hamlin, who is nearby from Chesterfield, Virginia, is tied for the second-most wins among active MENCS drivers at Richmond with three home state triumphs. The driver of the No. 11 Camry owns the most poles at Richmond with three and also has the most laps-led there with 1,653. Hamlin is still looking for his first win of the 2018 season, while Busch remains atop of the MENCS standings after winning two consecutive races.

Busch Is Best… After back-to-back triumphs at Texas and Bristol, Busch sits atop the MENCS point standings with a 59-point cushion over second-place Joey Logano. The Camry driver has tallied seven top-five finishes in the first eight races, including finishes of third or better in each of the last six events. Over that stretch, the 2015 Cup Series champion has three runner-up results to go along with his two triumphs. Busch also enters the Toyota Owners 400 race weekend with an opportunity to earn his 100th NASCAR pole position in a Toyota vehicle after he has combined to win 99 pole positions across NASCAR’s national series (27 MENCS, 53 NXS and 19 NCWTS).

Noah’s Mark… Toyota driver Noah Gragon will make his NXS debut at Richmond in the No. 18 Switch Toyota Camry for Joe Gibbs Racing. The 19-year-old Las Vegas native currently ranks fifth in the NASCAR Camping World Truck Series (NCWTS) point standings and Gragson will make three starts at the NXS level beginning in Richmond. The up-and-coming driver has combined to win seven races across the Truck Series and NASCAR’s K&N Series in recent years, including his first win in the NCWTS at Martinsville Speedway in 2017, two triumphs in the NASCAR K&N Pro Series West in both 2015 and 2016, and two victories in the NASCAR K&N Pro Series East in 2016.