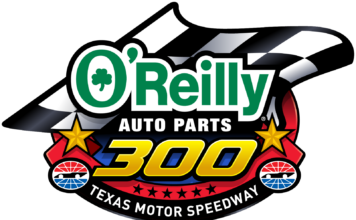 JEFF MEENDERING, crew chief, No. 00 Autodesk Ford Mustang — DO YOU GET ANY HELP FROM YOUR CUP TEAMS IN TERMS OF TECHNOLOGY AND SETTING UP THESE CARS? “We use as much information as we can from them. Obviously the cars are drastically different and the rules package is different but there are some things we can use. Tire information and stuff like that. We use as much as we can.”

ARE YOU PLANNING TO TURN AROUND THIS CAR FOR HOMESTEAD? “We are going to turn it around but it will be our backup car. We will have a very good backup car. We have a car we have designated for Homestead that we are really happy with. It ran this year at Vegas.”

WHAT CAME TOGETHER TODAY FOR COLE AND YOU GUYS TO GET THE WIN? “He just drove his butt off on that last restart, honestly. He did good all day long. He stayed agressive. We were in a little bit of a points situation. We were down a little bit and knew we had to be aggressive. He knew he had to be aggressive. We have always been on the conservative side and tried to points race our way in but we didn’t have that luxury this time. He stepped up and did a great job and stayed aggressive. I think we can do that the rest of the year now. I am looking forward to Phoenix now for sure.”

JOE CUSTER, Stewart-Haas Racing — “I think it has been a question all year of getting wins. That is what our owners want and our sponsors want. As a group, we aren’t completely satisfied with the year, although when you look at it we had several second place races and were in position to win races it just didn’t happen. That is what this series is all about for Stewart-Haas Racing. Going to that next level and finding the little things. I think having the pressure on a couple weeks ago just brought everybody’s A-game and you saw it in the garage and will see it next week. I think it is was a pretty good show.”

JEFF MEENDERING CONTINUED — WHAT GIVES YOU THE MOST HOPE FOR HOMESTEAD, YOUR SUCCESS THERE LAST YEAR OR YOUR SECOND HALF RESURGENCE THIS YEAR? “I think all of the above. We went to Homestead last year and we had a rookie test we could use and Homestead was the track that we used and we learned a lot at that test. With the different body change this year there has been a little bit of a learning curve with that but we have really figured it out. Our engineers have done a great job. We figured out what changes we needed to make to the cars to achieve the same balance with the new body. I have a lot of confidence going into Homestead. I feel like we have gotten our cars all the way back to where they were last year which is tough because you don’t have the advantage of a body that you can build and get it the shape you want it. It is basically you have a body and you put it on there and you have to work around it. I feel we have done a really good job working around that and getting back to where we were.”

COLE CUSTER, No. 00 Autodesk Ford Mustang — ON THAT LAST RESTART WHEN REDDICK GOT AWAY, WHAT WERE YOU THINKING? DID YOU KNOW YOU HAD ENOUGH TIME TO GET BACK TO HIM? “No, I thought it was going to be tough. I knew I had to make it happen in turns one and two because it was just hard to pass in three and four all day. I drove it into turn one probably five car lengths deeper than I had all day and it worked out somehow. I was able to get him loose on his bumper and get to his inside and we were side drafting on the back stretch and got together and it worked out in our favor I guess.”

JEFF MEENDERING CONTINUED — CAN YOU SPEAK TO HOW COLE HAS EVOLVED AND MATURED OVER THE TWO YEARS YOU HAVE WORKED WITH HIM? “Yeah, he has done a great job. You can see him getting better and better every week for sure. I think we are to a point now — last year we were obviously really good at Homestead but I feel like going into Homestead our team and us are working together at a championship caliber level. I feel like we are getting to that point now for sure. The whole team has grown along with Cole and Cole is doing a great job. He is very solid now. We had our backs up against the wall a little coming into this race and he did an awesome job stepping up. That is what we had to do and he knew that is what he had to do. I think we have a lot of confidence now for the end of the season. I am looking forward to that for sure.”

COLE CUSTER CONTINUED — YOU WERE PRETTY ADAMANT ON THE TRACK AFTER THE RACE THAT YOU THINK YOU HAVE A CHANCE TO WIN AT HOMESTEAD. IS IT YOUR SUCCESS THERE LAST YEAR THAT GIVES YOU YOUR CONFIDENCE OR IS IT HOW MUCH YOU GUYS HAVE GOTTEN STRONGER THE SECOND HALF OF THIS SEASON? “I think we have some confidence going in there but also I think it is just a point of us having to execute well and we have a really good baseline to go off of from last year. Things will change this year. There is a different tire and different body rules. The track will be the same. We need to stay on our game to make sure it is good but I think we have the best baseline out there and we will do our jobs to make sure it is right and I will make sure to do my job to make sure I am driving the car right.”

HOW DID YOU GET THIS WIN TODAY? WHAT HAPPENED TODAY TO WHERE TODAY WAS THE DAY WHERE BEFORE IT HAD NOT HAPPENED? DID YOU SEE ANYTHING OUT OF YOURSELF THAT WAS DIFFERENT? “It is such a combination of things, honestly. I think that is one of the things that gets really frustrating. We had a fairly long winless streak and you start to question everything you are doing and if you are doing it right or if you should change something. I think there are some things I probably could have done different to win a couple more races but I think today just kind of worked out and I was put in this situation to make something happen and it worked out. I think you still have to make sure when you are in those situations that you do everything right but you have to put yourself in those situations in the first place.”

JEFF MEENDERING CONTINUED — ANYTHING CAN HAPPEN NEXT WEEK BUT RIGHT NOW THE TWO WINNINGEST DRIVERS THIS SEASON ARE OUTSIDE THE CUTOFF LINE. HOW DO YOU LOOK AT THAT? HOW CAREFUL WILL YOU BE AROUND THOSE GUYS? “I don’t know. My thought of going into Phoenix is the same way we look at every week. We are just going there to win. That is what we want to do and work for. The playoffs are tough. Anything can happen. It happened to us last week and there is no telling what could happen at Phoenix but I am definitely glad that we are in a situation where it doesn’t matter for us to be able to go to Homestead. But we are there to win that race.”

THERE WAS VERY HEAVY WIND TODAY, WAS THAT AN ISSUE FOR YOU TODAY? “It seems like from yesterday there wasn’t much wind and today there was a lot. It might have affected us a little in three and four being a little loose on entry and a little tight on exit but it wasn’t groundbreaking I would say.”