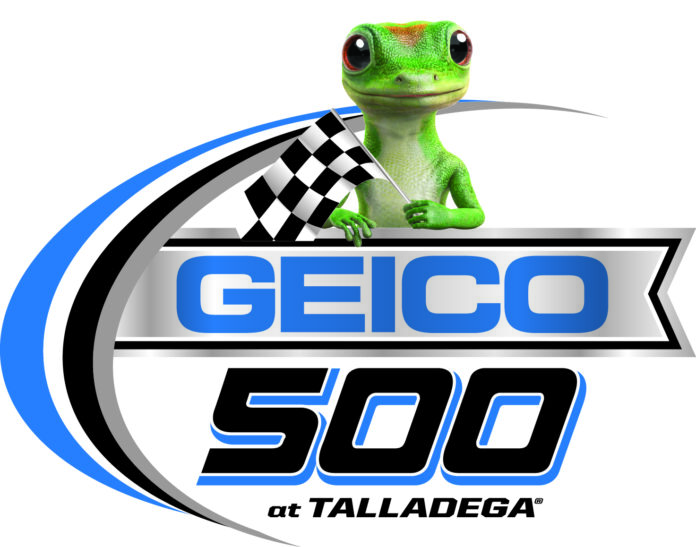 How did yesterday go and how do you feel about the race tomorrow?

“Yesterday was interesting, we had a lot to learn with the new package coming here. We unloaded off the trailer pretty far off. Just the way the car drove. We have a lot to do, but the guys did a good job making it better for second practice and thought we ended in a pretty decent spot. Made some more changes for tomorrow. We’ll have to see, it’s going to be part of the learning curve, it’s a lot different. Looking forward to it. It should be a lot of fun. I felt like yesterday was pretty exciting in practice and usually that leads to a pretty fun race.”

Does it mean anything that it’s been several years since a pole winner won at Talladega, why is that?

“I think it does mean something. If your car is trimmed out to go fast by itself, sometimes you struggle a little bit in traffic and I think with this package that we have now, with more downforce than ever and the turbulence, that’s probably something we’ll be hearing about tomorrow and the next time we come back here. It’s going to be tricky, the cars are going to be a handful. It’s going to be really fast and the runs are big. It’s going to be really different from what we’ve done here the past few years. It’s going to be fun, I think. We’ll see what we can do, hopefully we’re one of the guys left at the end near the front.”

Is it possible for the drivers to be more respectful in the race with the closing speeds?

“Definitely possible and I think you’re going to have to respect your blocking a lot more than normal because the runs are so big. Our sitelines in the rearview mirror are way worse than they’ve ever been as far as having that wicker. The tall spoiler and the wicker – there’s only a little window of clear lexan on that spoiler that you can actually see through. It’s hard to judge the closing rate when it’s so fast like it was yesterday and like it will be tomorrow that you’ll have to definitely mind your blocking and try not to make any close call blocks. It’s going to jam up the whole field and cause a wreck. I think it’s possible, but when we get down towards the end, nobody is going to do any of that and it’s going to be mayhem. Hopefully we’re one of the guys left at the end and we can go for it.”

Do you think the leader will be able to defend with the runs people are getting with this package?

“I think the leader can block and defend. The runs today in the Xfinity race, you kind of saw were a bit slower and got stagnant as the guy got closer from behind. I don’t think you’ll have the same effect happen tomorrow. The runs will be greater and the guy up front is still going to try to block, but I guess it’s a matter of how nice the guy behind you is and whether or not he’ll hit the brakes or drive through you.”

Do you feel you have the block in the right way to not wreck?

“You kind of have to see it coming. If you know a guy’s going to block, you can kind of roll out a little bit and slow that run down, then you can not crash the car in front of you, but you take the risk of getting crashed from behind. There’s a lot of different things that you have to weigh. Just yesterday, there was a guy that pulled down in front of a run that me and six other guys had and I had to stop. I had no other choice because I had somebody on my outside too. The fourth guy in line back there about got wrecked. There’s going to be an accordian effect.”

Are you comfortable with the closing speeds?

Will all the drivers have to be more respectful in tomorrow’s race?

Does the wicker on the spoiler impact your vision through the rearview mirror?

“It does a little bit. It’s probably a good thing for guys trying to throw blocks and be able to see. The more limited you are at being able to see, the less you’ll see and hopefully they won’t throw bad blocks.”

What will you be thinking about tonight to prepare for tomorrow’s race?

“Just trying to get a game plan for tomorrow and how it’s going to race. We don’t know how it’s going to play out yet and I think our Stanley Camry drives good in traffic from yesterday and that’s all that matters. We didn’t make a mock run, didn’t work on single-car speed so it kind of is what it is there. As far as the race, I think we’ll just figure it out as we go tomorrow.”

How does the Chevrolet camp working alone impact the strategy for the Toyota’s tomorrow?

Do you expect there to be less blocking in tomorrow’s race?

“I think everybody is still going to be blocking if you get up in the lead. It’s the only matter of defense that we have to keep it. It’s going to cause a wreck at some point just because the runs are so big. You’re going to have a guy with a lot of energy and a lot of momentum coming and somebody is going to make a big block. Even if they don’t want to turn the guy around, they’re not going to have time to slow down. It’s going to cause an issue at some point.”