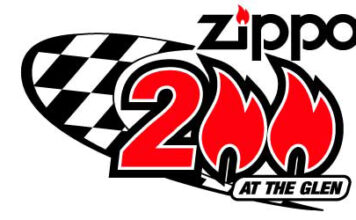 Justin Allgaier
No. 7 BRANDT Professional Agriculture Chevrolet
• Justin Allgaier has eight NXS starts at Watkins Glen, with two top-five and five top-10 finishes. His best finish came in last year’s event, when he raced his way to third.
• Last season, Allgaier proved himself to be a bit of a roadcourse ace, claiming wins at Mid-Ohio Sports Car Course and Road America and earning three top-three finishes in four starts.
• Overall, in 24 starts on road courses, Allgaier has three wins, seven top fives and 15 top 10s.
• With seven races left in the regular season, the Illinois native sits fourth in the NXS point standings.

Noah Gragson
No. 9 West Herr Chevrolet
• Noah Gragson will make his first NXS start on a road course this weekend at Watkins Glen.
• In two previous starts on road courses in the NASCAR Gander Outdoors Truck Series, Gragson has earned one top five and two top 10s with a best finish of second coming at Canadian Tire Motorsport Park in 2017.
• The Las Vegas native has also made a combined 10 starts on road courses in the NASCAR K&N Pro Series East and West, scoring a total of four wins, five top fives and seven top 10s. Gragson most recently visited Victory Lane in the K&N Pro Series West earlier this summer at Sonoma after starting second and leading 24 laps en route to the win.

Driver Quotes
“We are on a pretty good roll here lately, and Watkins Glen is a fun place to race. It’s a great layout, challenging with all the right-hand corners, and we’ve had some good performance on road courses here with JR Motorsports. The key to our season, besides winning at Daytona, is our consistency. Travis Mack (crew chief) and the No. 1 team have been rock-solid all year long, and we’re in a good place in preparing for the Playoffs in a few weeks.”– Michael Annett

“Being successful on road courses is all about car management, making sure that you manage your tires, the brakes, and keeping your car on the course. If we can do that, then I think our BRANDT Professional
Agriculture team will be in great shape. The playoffs are right around the corner and bonus points are key. I feel like the road courses are where we really have an opportunity to gain some ground. We were
strong on those tracks last season and I’m confident we can continue that momentum as we enter this stretch of road courses coming up, starting with Watkins Glen this weekend.”– Justin Allgaier

“I’ve really enjoyed racing with JR Motorsports this season, and I’m looking forward to the culmination of that this weekend at Watkins Glen International. I, by no means, have a road course racing background, but it’s something I enjoy to break up our schedule. I was fortunate to have a top-five run here last year in the Xfinity Series, and I’m hoping to build upon that this weekend with Taylor (Moyer, crew chief) and the No. 8 Louisiana Hot Sauce team. I’m really grateful to Kelley, Dale and the entire JR Motorsports organization for the opportunities this season to be a part of the team.” – Ryan Preece

“I really enjoy racing on the road courses and I’m really excited to get that stretch of the season started this weekend in Watkins Glen. We were able to knock the rust off earlier this year in Sonoma with the K&N car and were fortunate enough to come away with the victory. Watkins Glen is definitely a different kind of animal than Sonoma but I am really looking forward to seeing what we can do this weekend with our West Herr Chevrolet.” – Noah Gragson