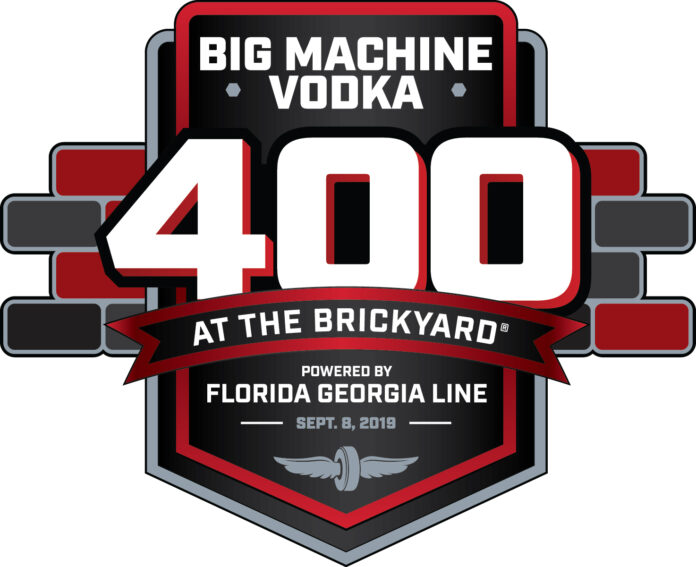 Following the Big Machine Vodka 400 at the Brickyard, Round 26 of 36 races in the 2019 Monster Energy NASCAR Cup Series (MENCS), 16 drivers have now qualified to compete in the 10-race MENCS Playoffs that will ultimately determine the 2019 MENCS champion.

Five of the 16 Playoff contenders are Team Chevy drivers.

The Monster Energy NASCAR Cup Series continues next weekend at Las Vegas Motor Speedway with the South Point 400 on Sunday, September 15 at 7:00 P.M. ET; Round 27 of the 2019 season, Round 1 of the Playoffs. Live coverage can be found on NBCSN, NBC Sports Gold, PRN and SiriusXM NASCAR Radio.

CHASE ELLIOTT, NO. 9 NAPA AUTO PARTS CAMARO ZL1 – 7th
“Just hopefully having a nice, smooth, uneventful race at Las Vegas would be good. These past couple of weeks have been wild with just a lot of stuff happening. So, we just need to get out there and I have confidence that we can have good cars. We’ve just got to get going in find a little consistency and just get things started off, uneventfully, would be great.”

ARE THERE ANY TRACKS YOU’RE REALLY LOOKING FORWARD TO?
“Yeah, the next one, really. I think you have to have the ability to win all of them, or the majority of them, to have a shot at Homestead. We just need to have that mindset going in. This first round is going to be tough. Michigan and Charlotte haven’t been our best two race tracks, so it’s important for us to not overlook it and put some emphasis on the first round and not just think we’re going to breeze right through.”

THERE IS NO SPORT THAT GOES 10 STRAIGHT WEEKS LIKE THIS. HOW WOULD YOU DESCRIBE THE EMOTION AND THE PHYSICALITY OF IT AS WELL?
“You’ve just got to be ready for it. All year long you build up toward it. There are sister tracks to some tracks that other tracks that are own their own. Each week is a nice, fresh, restart; and you’ve got to get through three races each time, you know, the three rounds to get to Homestead. So, I kind of look at it as three races at a time and just try to piece together what you chew on.”

KYLE LARSON, NO. 42 MCDONALD’S CAMARO ZL1 – 9th
DO YOU HAVE CONFIDENCE GOING INTO THE PLAYOFFS?
“Yeah, no doubt. It’s been a good couple of months. My cars have been good. We’re qualifying pretty well. So, we’ve just got to keep plugging along and hope we get a win and get through these rounds.

THIS WILL BE YOUR FOURTH TIME IN THE PLAYOFFS. YOU’VE ONLY GOTTEN THROUGH THE FIRST. WHAT IS IT GOING TO TAKE TO GET THROUGH MORE THAN ONE ROUND?
“I think just having nice, clean days. Days like we have had the last couple of months. Aside from crashing today, we’ve gotten good stage points and good finishes. So, we just have to continue having days like that and eliminating our mistakes. We just have to do the best we can in the stages and the finishes.”

ALEX BOWMAN, NO. 88 NATIONWIDE CAMARO ZL1 – 10th
SO NOW YOU TURN A PAGE IN THE SEASON AND MOVE ON TO THE PLAYOFFS
“Yeah, I love Las Vegas. There’s three or three and a half grooves to run, basically. So, I’m really excited to get there and try to make the most out of a really strong 1.5-mile program for us. I think that’s a place that we can go and be capable of winning and I’m looking forward to it.”

THE PLAYOFFS ARE STRESSFUL WITH HAVING TO RUN 10 WEEKS STRAIGHT. WHAT’S THAT GOING TO BE LIKE FOR YOU?
“We’ve just got to go out and perform and not have good days and then bad days, like we’ve had the last two weeks. There are a lot of really good race tracks for us. The second round is extremely good for us. So, I’m looking forward to it. I think our cars are going to be really strong and we can go out there and win some races.”

DO YOU HAVE A GOOD HANDLE ON THIS PACKAGE?
“I think so. I would say after these last two weeks we’ve had a better handle. We were really guessing on how much straightaway speed versus corner speed we wanted, and I think we’ve got a good package going into the Playoffs.”

DO YOU HAVE CONFIDENCE GOING INTO LAS VEGAS? DO YOU FEEL LIKE YOU ARE WHERE YOU NEED TO BE TO START THE PLAYOFFS?
“Yeah, I think so. I mean there’s no better way to go into than a Top 5 finish. And that’s really good for our team. It kind of helps start our momentum and I hope we can carry that into next week”

WHAT ABOUT TALLADEGA, MARTINSVILLE AND THE ROVAL?
“I really don’t know yet. Martinsville is tough. Talladega is very unpredictable. I just don’t know. We’ve just got to take one race at a time, obviously, and do the best we can.”