F1 stars who went to Nascar 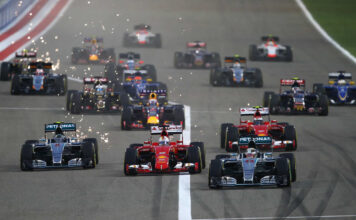 One-man motorsport rumor machine Fernando Alonso is never far from the headlines. The two-times Formula One world champion is a firm favorite with the world’s media, and the love affair is mutual. As he prepares to try out yet another form of motorsport, contesting the Dakar Rally for Toyota next year, rumors have inevitably started to resurface of a longer term collaboration with the Japanese manufacturer in Nascar.

The stories first started circulating back in May, when Alonso described Nascar as being at the “top of motorsports” in the US after a one-off ride swap with Jimmy Johnson. Toyota’s US motorsport boss fueled the flames by saying Fernando driving Nascar would be “great for business” and that the man from Oveido would be “very interested” in the idea.

Cynics argue that Alonso would be unlikely to make a long-term shift from single seaters at this stage in his career. However, he wouldn’t be the first F1 star to make a move to Nascar, although for those who like to view Unibet motorsports bets, it’s worth noting that they seldom do so with any degree of success. Let’s take a look at three who have gone before him, and the tangled web that connects them all.

The Iceman is the rarest of commodities in Formula One, a man with real character. His dry sense of humor and his open distain for interviewers has made him a cult favorite among fans. But Kimi is also someone who genuinely loves driving, and during his sabbatical from Formula One, he turned his hand to Nascar for a single race at the Charlotte Speedway. He finished way back in 28th, but Nascar fans instantly understood why he’s such a favorite. His team radio exchanges were nothing short of hilarious, including the classic line I don’t understand how this car can be so hot. My ass is even burning in here!

The Colombian had already made one big motorsport move, when he joined Formula One after a successful career in IndyCar. He came within inches of winning the 2003 Drivers’ Championship, but a move to McLaren two years later saw things slowly turn sour. A collision with his teammate, none other than Kimi Raikkonen, spelt the end, and he left F1 to join Chip Ganassi’s Nascar outfit in 2007. Two Nascar wins to add to his seven race wins in F1 and five in IndyCar show him to be one of the few men who can be genuinely competitive, regardless of what he is driving.

The son of a three-times world champion, it seemed that Piquet had F1 in his blood. However, controversy at the 2009 Singapore Grand Prix, when he intentionally crashed to guarantee a win for his team mate, meant his career was over before it had properly started. The team mate in question was a certain Fernando Alonso. Piquet headed to the US, where he started afresh in Nascar, and enjoyed far more success than he had seen in his brief Formula One career.