The best and fastest cars top celebrities own and drive 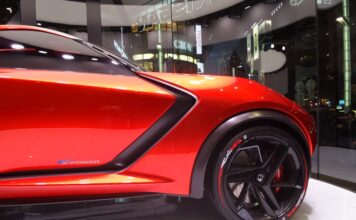 We are always trying to model our lives based on our choicest stars! From getting inspired by their wardrobe, accessories, and lifestyle choices, we try to get into every detail we can. Most people are keen on knowing the cars their favorite celebrities drive.

Cars reflect a person’s style and persona! It speaks volumes about their choice and preferences. Hence, it is always interesting to know about the fastest cars celebrities drive. Discussed below are a few names:

Jay-Z is a proud owner of this car, which has a speed of 128.39 mph! The previous car model got manufactured in 2004, which had double doors. It is said that Birdman, the rapper owned this car first, which got sold to Jay-Z for an attractive price. The other fascinating fact about Maybach Exelero is that it is both a costly and a rare car. Like Jay-Z, this car is also exceptional in terms of its looks and performance.

He is a popular name in the football domain and deserves the best vehicle! This Portuguese football player had paid about £2m, to own this fastest car, which has a speed of 217 mph+. The vehicle comes with stunning features. Ronaldo also has a Ferrari F12 which carries the same engine that Ferrari F12berlinetta has. However, LaFerrari comes with an electric motor of 161-hp and a V-12 engine of 6.3 liter. The car can get to 0-60 miles within 2.5 seconds and is super-fast.

Most footballers have an affinity in fast cars! This African football player is happy with this Aston Martin One-77 that has a speed of 220mph! Other than this, Eto’o also owns a Porsche and Lamborghini. The car comes with its exceptionally V12 engine that provides it both the performance and the speed.

Nicholas Cage has a secret affinity towards fast and lavish cars. Today, he owns the Ferrari Enzo. It was Ken Okuyama who has designed and manufactured this vehicle under Pininfarina. Also, the very first edition of this car got factory-made back in 2001. Today, you have access to about 379 vehicles.

The impressive Ferrari Enzo got designed and manufactured using the advanced Formula One expertise. It comprises the carbon fiber parts, ceramic disc brakes and has silicon carbide reinforced.

Kayne West has an unusual but impressive taste in cars! He owns the Mercedes SLR Stirling Moss which gets considered as a futuristic car model. The name got inspired by a race driver, and the vehicle was a limited edition, with a maximum of 75 units produced. Kayne bought this model which sports a V8 engine. The car has the best speed at 209 mph.

These are the best five fast cars that celebrities own! There are several other unique and fast cars owned by other stars as well. As you browse online and research, you get to know about the best cars, their speed, unique features, and celebrities who own them.