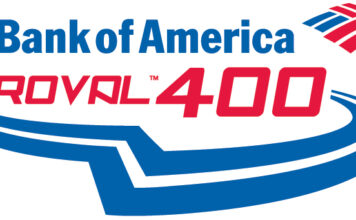 “Overall it was a clean weekend for our Sunny D Ford,” Stenhouse said. “Our goal was to be there at the end and try to make minimal mistakes. Last year we really struggled so I’m pleased with our performance today.”

The two-time Xfinity champion lined up in the 21st position picking up four positions before the first caution flag waved on lap 19. With only six laps remaining in stage one, crew chief Brian Pattie brought Stenhouse to pit-road for four tires, fuel, and a chassis adjustment to help with the loose handling condition. After restarting in the 20th position for the final three-lap shootout, a caution was displayed on the restart ending stage one under yellow flag conditions scoring Stenhouse in the 15th position.

After electing to stay out during the stage break, the Olive Branch, Miss. native lined up in the eighth position for the second 25-lap stage where he maintained in the top 10 before the caution flag waved on lap 41. Another late stage caution set up a six-lap shootout, Stenhouse was able to jockey for position taking the second green-checkered in the 13th position.

While working his way through the field after a green flag pit-stop, the Sunny D Ford spun while racing for position but suffered no damage. After restarting in the 29th position, Stenhouse was able to work his way inside the top 15 with less than six laps remaining. After a late-race caution brought out the red flag for fluid on the track, the two-time Cup series winner lined up in the 15th position for the final six-lap shootout. With this race being a cut-off race for the Playoffs, there was a lot of beating and banging on the restart. Trying to be respectful of the drivers racing for playoff points, Stenhouse took the checkered flag in the 17th position.

Stenhouse and the No. 17 team head to Dover International Speedway next weekend. Race coverage begins at 2:30 p.m. ET on NBC. Coverage can also be heard on MRN and SiriusXM NASCAR radio.