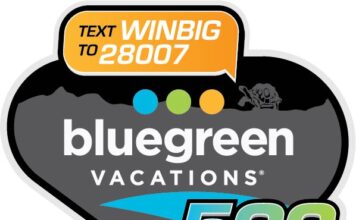 How do you approach each Playoff race?

Are you surprised at your current standing in the Playoffs?

“No, not really. I look at our regular season and obviously it’s been beneficial, which is a good thing in this format. We ran strong in the beginning part of the season and came out of the gate hot. A lot of other guys have gotten better and certainly have caught up or surpassed us a little bit and we’re kind of playing catch up at this point in the year somewhat. There’s been a few times though where we’ve been real close or right on the verge of being able to break through or get to victory lane and it just hasn’t happened.”

Is there anything NASCAR can do in order to police the intentional cautions or do you want them to?

“I guess it’s another ball and strike call. There’s certainly times in which you know drivers are desperate and they’re going to do desperate things and you can only make a suspect call on that situation. I guess that suspect call would be a judgement call. I don’t know, there’s other things that you put in NASCAR’s – you do things to put yourself in NASCAR’s judgement calls and more times than not, they go against you. That could be determined the same way.”

What is your strategy for Homestead?

“You have to go in there and you have to plan on having a fast car and trying to win the race. We’ve done that the last four years and hopefully we have a chance to go after it for a fifth.”

How do you think the traction compound will come into play on Sunday?

“I have not run in it yet. I think the track will widen out and it will take until maybe halfway through the Xfinity race or probably halfway through the first stage of the Cup race before anybody gets in it and they’ll only get in it in one and two. Three and four is way too high.”

What is the balance between running this race and using this to thin about the championship race next year?

“There’s a little bit of that. You try to be good every single weekend and fortunately for us, with JGR, we’ve had good cars here at Phoenix the last few times. Hoping that trend continues and we can come out of here with a good, solid run and even if it’s not a win, that we’re up front, we’re contenders and we’re good at being able to put ourselves in a position to have a shot to win. We did the last two times here and if we can do that three times in a row then we’ll come back here next year and try to do it in the spring and setup for fall.”

Is there a conservative way to go for the win?

“You have to be conservative in your efforts and what you do here this weekend. You can’t put yourself in a bad spot. Probably about ever, even if you’re second and you’re racing for the win, you can’t dive bomb the leader if you already know that you’re in. If it’s a desperation move where the leader – I don’t even know if the leader could be the 22 (Joey Logano) and we would be out, I don’t think we can be out. Just have to see how it goes and play it lap by lap.”

Do you try to keep the same mentality for this race as every other weekend?

“You setup for it the same. You do all your weekly checks and making sure that you’re ready to go and prepared as best as you can be. Sometimes no matter how good you prepare, I remember 2015 for Homestead, I studied three years worth of notes and did all week long. I never took a second of break and I did the same thing last year and we ran horrible. We were going to run 14th. It doesn’t necessarily matter, you just have to do your same strokes and figure it out.”

How did you decide to race the Rolex 24?

“Toyota has asked me for a couple years if I wanted to do it and if I would give it some consideration so we went ahead and signed up for it for this year. It was pretty quick. They asked me Saturday and then it was announced on Monday. I just wish it was the top class, that’s all. Being in the GT3 class is okay, it’s fun and it’s nice to be able to go out there and do something different. Hopefully we can go out and win the division and take home a trophy.”

Is there any team discussion surrounding helping Denny Hamlin if the opportunity was there?

“Even if the 11 is going to win and we’re ahead of the 22 and they didn’t out-score enough stage points on us then we can finish second and be fine. It’s going to depend on what the stage points are. You can out ourselves in however many different scenarios, I’m going to give you a different answer on every scenario of what’s going to happen. You just have to let it play out.”

Is there irony that you could be a champion with a race package that you haven’t liked this season?

“That’s what I’m working towards. I’ve won races talking about it. We just haven’t quite been as good lately. There’s been times where we’ve still had speed and still been a consideration to win, but just haven’t gotten there.”

Do you break down all the scenarios in your head for a race weekend?

“I don’t break it down. I’ve thought about situations that can happen and what you would need to do in those moments.”

How did you come up with the pit stop code words with Adam Stevens?

“We did it. It’s fun. I can’t give anymore than that. We’ve got our abundance of words and know what they mean. It’s kind of funny. You make a call and it’s ‘oranges,’ and you kind of know what it is and what you have to do in that moment, what’s happening. It’s kind of fun that way and I enjoy it because it gives everybody else something to talk about and try to figure out. It’s not always the same.”

Are you happy this race will be the season finale in 2020?

“Not necessarily. Homestead is a good place for it. You can move around there, you can race around and it’s pretty wide. We’ll see how it goes. It could end up looking like a one lane race track if everybody is just fast around the wall next week with this package. Here at Phoenix, it’s very, very challenging and difficult to pass. Lapped cars can definitely influence a lot of different things and we saw that here in the spring when it came down towards the end. It’s going to be a hard-fought finish at this place next year.”

Talladega Traditions Continue While New Ones Begin; John Ray’s Big Rig, 313th US Army Band and Incredible Flyby are Back for Sunday’s GEICO 500...