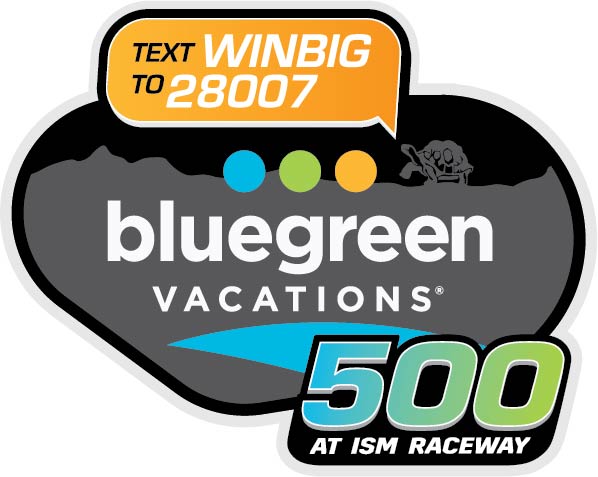 Brad Keselowski fought off a late-race mechanical gremlin to score a 10th-place finish Sunday afternoon at ISM Raceway. The driver of the Miller Lite Holiday Knitwear Ford Mustang claimed his 19th top-10 finish of the 2019 season and 10th at the one-mile oval. Keselowski enters the final race of the 2019 season eighth in the NASCAR Cup Series point standings, four behind seventh-place Ryan Blaney and 29 ahead of ninth-place William Byron.

Keselowski started 12th in the 312-lap event. For much of Stage 1, the driver of the No. 2 Ford Mustang held firm to 11th-place in the running order. The first caution of the race on lap 68 set up a round of pit stops among the leaders, but crew chief Paul Wolfe made the call to keep his driver on the track. Keselowski took the lead on lap 70 and scored a sixth-place finish when the segment ended on lap 75. He pitted on lap 79 for four tires and an air pressure adjustment and lined up in 17th position when the race went green on lap 82.

Stage 2 ran caution-free and Keselowski steadily worked his way through traffic to score a ninth-place finish when the segment ended on lap 150. Throughout the run Keselowski ran lap times comparable to the leaders but just needed track position to contend. He pitted during the stage caution for four tires and restarted 10th when the race went green on lap 159.

Keselowski worked his way up to seventh-place when a cycle of green flag pit stops began on lap 240. He made his scheduled pit stop for four tires on lap 246 and when he returned to the track, he radioed his team that he thought he was down a cylinder. As the laps ticked off, he thought it might be loose plug wire.

But despite the loss of power, Keselowski stayed among the top-10. As the run went on, the lap times between himself and those he was racing for position evened out and he kept pace. The fifth and final caution on lap 304 set up one final crazy restart with four laps to go. He survived the intense three-wide racing to claim a top-10 finish.

Quotes: “I don’t know if I had anything for the 11 (Denny Hamlin) or 18 (Kyle Busch). I didn’t really get a chance to run around them on equal tires, but I felt like we were a top three or four car at least and lost a cylinder at the end. I felt lucky to bring home 10th. The tracks where tires fall off and the short tracks the Gibbs cars have been lights out, so we certainly have some room to be better and hopefully we can show it at Homestead.”

A valiant effort by Ryan Blaney and No. 12 DEX Imaging team came up just short of qualifying for the Championship 4 next week at Homestead-Miami Speedway. The High Point, N.C. native ran inside the top-five for most of the day but was in a must-win situation to keep his championship hopes alive. A late-race caution eight laps from the finish set up a three-lap dash to the checkered flag with Blaney restarting second. Try as he might, the driver of the DEX Imaging Ford couldn’t find a way around Denny Hamlin and Kyle Busch settling for a third-place finish. He enters the final race of the 2019 season seventh in NASCAR Cup Series standings, 18 points behind sixth-place Kyle Larson.

Blaney started 10th and reported early the balance of his Ford Mustang was tight firing off and got looser on entry as the run progressed. He passed Erik Jones ninth and eventually got around Kurt Busch for eighth on lap 52. On lap 68, just seven laps from the conclusion of Stage 1 the first caution of the day flew. Crew chief Jeremy Bullins pitted for four tires and an air pressure adjustment. Restarting 11th, Blaney sliced his way through traffic to bring home a seventh place in Stage 1. He stayed out under the stage caution and restarted sixth on lap 82.

Stage 2 ran caution-free and Blaney said the balance on the DEX Imaging Ford was improved over the first run, yet he needed more rear security, especially off Turn 2. He passed Hamlin and Kevin Harvick on the restart to move his up to fourth position. Later in the run Hamlin passed Blaney for fourth position. From there Blaney fell in line and finished fifth when the stage concluded on lap 150. He pitted during the stage caution for four tires and additional air pressure adjustments to the No. 12 Ford and restarted fifth when the race went green.

As laps ticked off in the run, Blaney reported that the overall balance of his Ford Mustang had improved but soon it would begin to lose front turn. He passed teammate Joey Logano for third on lap 203 and set his sights on leader Hamlin and second-place Kyle Busch. Blaney made a scheduled stop under green on lap 244 for four tires and another air pressure adjustment. When the cycle of green flag pit stops was complete, he was back in third position.

The final caution on lap 304, just eight laps from the conclusion of the event, gave Blaney one last chance to win. He pitted for two right-side tires. Quick work by the DEX Imaging team got gave him second position for the final restart.

Blaney started inside Hamlin for the three-lap dash to the finish. But try as he might, Blaney simply couldn’t pass Hamlin for the lead or hold off Busch for second, forcing him to settle for third at the checkered flag. This was Blaney’s 11th top-five finish of 2019.

Quote: “I thought we got better all day with our DEX Imaging Ford. We did a good job of getting better on long runs all day and the short runs too. We passed a couple cars we were behind the first couple runs, but nowhere near in the league, especially the No. 11 (Hamlin). I’m proud of our group not only for today but for the entire playoff runs. It stinks we didn’t make it, but it was a solid day.”

Joey Logano started second and led 93 laps on his way to a ninth-place finish in the Bluegreen Vacations 500 Sunday afternoon at ISM Raceway. But despite the tremendous effort by the No. 22 Shell-Pennzoil team, it wasn’t enough to advance the defending series champion back to the Championship 4 in next week’s season finale at Homestead-Miami Speedway, falling just seven points short.

Logano ran in the second position for the opening six laps before sliding back to the third position on lap 7. The Shell-Pennzoil Mustang took off tight but started building to a neutral balance by lap 10. Over the course of the run, the No. 22 Shell-Pennzoil Ford built loose and then swung back to a tight condition as the front tires began wearing out. The second caution on lap 68 slowed the pace with just seven laps to go in Stage 1. Todd Gordon made the call to pit during the caution for four tires, fuel and an air pressure adjustment. Logano restarted fifth moved up to fourth-place when the stage ended on lap 75.

He restarted fourth when the race went green on lap 82 and grabbed the lead one lap later. Logano led the next 71 laps to win Stage 2 and stretched his advantage to over three seconds at one point. The balance on the No. 22 Mustang was now loose, especially in Turns 3 and 4. He remained in the lead as his Ford was looser in and tighter in the center of the corners throughout the entire run.

After Denny Hamlin led lap 154, Logano grabbed the lead on lap 155 and led the 22 laps, checking out to a one-second lead before a caution flag on lap 167 for Chase Elliott’s spin in Turn 1. Logano relinquished the lead on the restart to Hamlin, and dropped behind Kyle Busch on lap 188, which moved him beneath the Championship 4 cutline.

Unfortunately, Logano continued to fall back through the field. He was 11th on lap 224 and then went one lap down to race leader Hamlin. The team was forced to continue running under green due to maintaining their position as the free pass should the caution flag be displayed. Gordon called Logano to pit road on lap 246 for potentially the final stop of the race. The driver reported his Mustang was too tight during the run. The adjustments proved to be positive as Logano began running down the race leader to unlap himself.

But with 17 laps remaining, Logano fell out of the free pass position when Hamlin lapped the eighth place Erik Jones. The final caution on lap 304 kept Logano trapped a lap down but created a variety of pit strategies among those in contention. He and the team elected to take the wave around, regaining their lap and rejoining the field before the green. With old tires, Logano couldn’t make up the necessary ground to transfer. The No. 22 Shell-Pennzoil Mustangs was credited with a ninth-place finish.

Quote: “It’s a disappointing result. We wanted to be in the hunt during Ford Championship weekend, but at the end of the day we didn’t quite get it done. We still had a good year and in times like this you look for ways to get stronger as a team and this is certainly one of those times. This is a great group of guys. We’ve been together a long time and we’ll come back next year even stronger. We’ll go down to Homestead and look to close the year out with a win.”