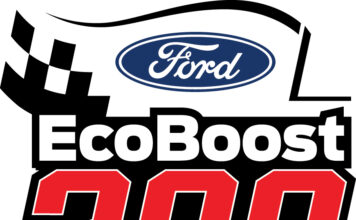 What does it mean to be driving for Kyle Busch Motorsports in 2020?

“Obviously, I’m really excited for it. I’ve been with Kyle Busch Motorsports and Toyota Racing for a lot of years now. Finally, the opportunity to run full time with Safelite and Toyota is huge for me. Just something I’ve been waiting for, for a really long time. It’s great to take advantage of it.”

What is the Kyle Busch driver tryout format like and how does it make you feel to know, ‘only the strong survive?’

“Certainly, I’ve been involved with Toyota Racing now since the (Snowball) Derby so for four years now maybe. It’s kind of been a slow progression and this is what they had setup from the beginning. It’s been awesome to have been a part of and just glad I finally have the opportunity to go and run full time.”

What’s your progression level that you would like as far as a goal?

What was the timeline of when you found out you would be full time with KBM in the Truck Series?

“It was in the works for a long time now. I really didn’t know for sure until Monday of this week. I was actually surprised they announced it this early. It’s so cool to finally be able to know and have that pressure off. It definitely would have sucked if I wasn’t racing this year or next year. I’m just looking forward to it and honored to have the opportunity.”

Is this opportunuty beyond anything you could have imagined in your career?

“Absolutely. Like I said, I was completely content with just running Legends cars on the weekends when I was younger. As I’ve progressed and gotten better and better and moved up the ranks and just kind of elevated everything a lot more. My mindset on that is definitely a lot different now. Hopefully, we can get on a path like Christopher (Bell) and everybody that’s been in the Toyota program and kind of go through that and make it to the ultimate goal.”

Do you see this as the beginning for you?

“Absolutely. This is definitely a huge step for me. Running ARCA is cool and all, but finally getting in the top three national series is huge. Just going to take advantage of this opportunity and not let everybody down.”

How big of a push will you make you get Rudy Fugle as your crew chief next season?

How did the call come about that you would be full time in 2020?

“I got a text that they were annoucing it so I was like, ‘okay, I guess it’s mine.’ It was a little informal to be honest, but at the same time it was still an awesome text to receive and one that I’ll remember for awhile.”

How cool is it to have Kyle Busch’s support in all this?

“It’s been super cool to get to know Kyle (Busch) and to have him help me along the way. He’s been crucial in us getting better. Whether it’s him driving our trucks or just help outside the race track. If you have a question, you just shoot him a text. As a whole, it’s been cool to have him around so far and looking forward to building on the relationship next year.”

How much does it help to have a similar experience from Venturini to KBM?

“Both of them have so many resources along with Toyota Racing to help us out along the way. It’s kind of been a slow progression. I started out part-time with Venturini and then started part-time with KBM. Had two part-time seasons for both and then it kind of led into a full-time season. It’s progressed like that and just honored to be a part of it.”

Are there nerves associated with this opportunity?

“Obviously there’s pressure. There’s a lot of excitement too. I’ve been kind of waiting for this opportunity for a really long time. Being in really great trucks and I’ve had great opportunities along the way, but finally to get a full-time ride in the top-three series is huge for me. It’s definitely a lot of excitement, but at the same time I have to perform. There’s no way around it. I have to go out there and I have to compete for wins. I’ve done an okay job at that this year, but I need to be better next year. Just looking forward to that progression and seeing what happens.”

Do you feel you should be able to immediately perform?

“Yeah, for sure. I’ve been able to not really build up a resume, but build up a schedule pretty much over the past few years running on mile-and-a-halves with KBM, running the trucks on both the mile-and-a-halves and the short tracks. To be able to do that definitely gets me more prepared than I would have been if I just went in last year or something like that. I definitely agree with that.”

How are you going to turn KBM around from the challenges of this season?

“I’m not really sure honestly. We’re just going to have to go and do our jobs. Kyle (Busch) puts a lot of pressure on us, that’s for sure. It’s deserved. This is an organization with such a reputation for winning themes. We definitely need to go out and we need to perform. I think the biggest thing is that we just need to go do our jobs and see what happens.’

Do you think you can get them back into the championship picture?

“I think so. I feel like I’ve kind of proven that this year with winning the ARCA championship and competing for wins. We haven’t been able to put it together yet, but I feel once I’m able to put it together, it’s kind of like ARCA and how it went for me. I feel like the wins will come and then a championship at the end of the year will come as well.”

Are you happen with your performance this season?

“We’ve sat on four poles in seven races. It’s been impressive to say the least. We have the speed, I just have to learn how to put them all togther.”